A Smile That Makes Me Melt

After meeting Sexy Eyes for coffee, I continued on to my planned date that evening. I picked up a guy on Grindr one morning taking the car service to work. It was complete chance this happened. Normally, my driver takes the Lincoln Tunnel, but because of traffic, he took the Holland. I was particularly bored that morning, so I pulled up Grindr to see what would pop up. Once I was in New York City, I noticed a guy who had a great smile. I messaged him my standard, “Hey stud,” but I also added “Great smile!”

We began chatting a bit after that and he quickly found a spot amongst my favorites. Over the course of a week, we would chat in the evenings. Many times he’d be walking home from being out somewhere and pull up Grindr to pass the time.

He seemed like a very level-headed guy and I enjoyed our chats. We had a few things in common, but our conversations were never very in-depth. In my typical fashion, I asked him to go out for a drink sometime. He graciously obliged. When I asked him for his phone number, instead I got his email. He wasn’t comfortable giving me his number before we met. I assured him I wouldn’t stalk him, and he could trust me. But, I wasn’t going to pressure him into giving it to me.

On a Saturday evening, I sent him an email: “Not to be too forward, but would you have any interest in coffee or brunch tomorrow? Like meeting new people… Pretty chill… No expectations. You just seem, like a cool down to earth guy…” He replied back, “Normally I would say yes, but I actually have a full day tomorrow starting at 10 until late night. Sometime during the week would be better, this is an unusually packed Sunday. ” The response was promising, so I would just have to be patient. 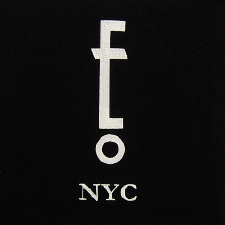 We managed to figure out a time to meet the following Thursday. He picked a bar in the West Village and we agreed to meet at 8:00.

I was running a few minutes late for the date, so I sent him an email telling him I would arrive about five minutes late. I got to the bar at 8:05 and sent another email letting him know I was standing outside with an umbrella and a blue shirt. After twenty minutes and no word from him, my patience was waning. I began to wonder if I was stood up. I texted the guy who cancelled my OKCupid friend date earlier that evening to see if his interview was over and to see if he wanted to hang out since I was still in the city. I was about a minute from walking the block to the PATH to head home. I also had the prospect of meeting Sexy Eyes again that evening in the back of my head.

Just then, a man with an amazing smile emerged from the bar to greet me. I had no idea he was inside this whole time. He apologized for the confusion and told me he could explain. While he was standing at the bar, a man approached him and began chatting with him. All “Smiles” could think of was how much this guy didn’t look like his Grindr pictures (thinking he was talking to me). The guy happened to be there on a match.com date and confused Smiles for his date. After chatting for about ten – fifteen minutes, they realized they were talking to the wrong guy. Smiles hadn’t wanted to be rude while they were talking, so he wasn’t checking his phone. At this point he saw my emails, and he came outside to retrieve me.

I grabbed a drink, and we stood in the corner chatting a bit. The conversation started off VERY rocky. I didn’t know what to say, so I said, “So how was work today?” He replied, “That’s what’s going to break the conversation. Haha. Work was good,” jokingly. The conversation was much easier after that. I learned he was against Grindr in the beginning. His friend encouraged him to download it and use it. His response was, “If I want to take a guy home for a hookup, I can just go to the bar and get one. That way I can see him and feel him up (as he reached out his hand to feel up my chest) before I take him home. Why would I need a digital version of that? That’s not what I’m looking for.” I couldn’t agree more with his sentiments. He told me after begrudgingly downloading the app, he actually had gone on a few dates from Grindr. None were spectacular, but they were adequate enough to keep him on it.

While we were talking, he warned me he had to leave at 9:00 because he had dinner plans with a friend. I wasn’t sure if this was the real deal or if he was using it as an out because he thought the date was going so poorly. “I originally thought an hour would be enough time for us to meet for the first time,” he said. I barely had a chance to meet him, let alone get to know him in the half hour we spent together. I was very disappointed. He was very cute, smart, established, successful, funny, active… Everything I look for in a man. I wanted more.

After we awkwardly closed our tabs, we walked outside. The date ended with an awkward hug, and I said we should definitely try to meet up again sometime soon. He seemed a bit nonplused, but he certainly didn’t shoot me down. I left the date wondering if I made a bad first impression and if there was anything I could do to repair that.

Later that evening around 11:00, I sent him an email stating: “Let me start off by saying your smile pays off even more in person! But anyway… Great meeting you tonight. Hope we can meet up again some time soon…” And in a follow-up email, I sent, “And my number’s ###. Use it.” He seemed to be very good about checking his email, but I wanted his phone number. It offered the option to call. I would get it if he chose to text or call me. 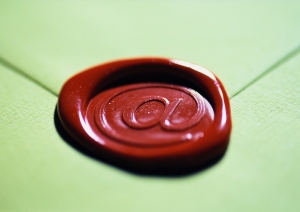 The next afternoon, I heard nothing from Smiles. I wasn’t angry. I was disappointed. I thought I’d give it that one last stitch effort. I sent an email saying, “Or I take it you’re not interested…”

That’s when I finally got a response. “Easy big guy. Good morning. Haven’t had a chance to get into email yet today. Enjoyed meeting you last night, maybe Sunday we can catch up again for a little longer?”

I felt like a fool. I immediately replied, “Sh*t! I knew I jumped the gun! haha  Sorry bout that. I should be around Sunday. Hit me up and we’ll figure something out…”

I was elated. Apparently I didn’t make that bad of a first impression after all. He was interested, and now I had something to look forward to. Who knew what Sunday would bring?…

This entry was posted on October 14, 2011, 10:00 AM and is filed under Gay Dating. You can follow any responses to this entry through RSS 2.0. You can leave a response, or trackback from your own site.