I had been on OKCupid only a short while before I met Smiles. I met only one person from the site, LES, and that was already after I met Smiles. I have to say, I’m not that big a fan. Every search I did produced few candidates I was willing to entertain. No one was good-looking, and no one had exciting profiles. It reaffirmed for me why I originally was so against dating sites. I felt like it was full of desperate men. 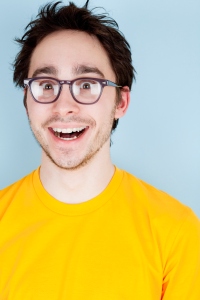 Rarely would I receive a message for a worthy candidate, but when I did, I would quickly respond and dry to stir up some dialogue.

I started chatting with a nice southern boy from North Carolina who moved to the city in the previous few months. He seemed like a really genuine guy who wasn’t into the scene or fully out. I was very attracted to that. The southern boys always brought a little extra something I always liked. They were mannered and real men.

We messaged back and forth on OKCupid for some time before we exchanged phone numbers. One night, he asked if I could chat. I asked him for his gchat or AIM name. He responded, “No. I meant on the phone.” To which I responded, “Sure.” We spoke on the phone for an hour that night. I really got to learn a lot about him. He was volunteering a lot of information about his upbringing and his company and where he is today. He told me how he hates gay bars. He even took the time to tell me about his “hetero life partner.” That’s what he calls his best friend and roommate he left behind in North Carolina when he moved up here. Apparently they were completely best buds, however, nothing sexual ever transpired between the two of them. It was sexy to hear him speak about such a masculine love with his friend. I was really liking what I was hearing, and the fact that he wanted to call gave him so many bonus points in my book. I even told him that last bit of information, which I think he really appreciated. 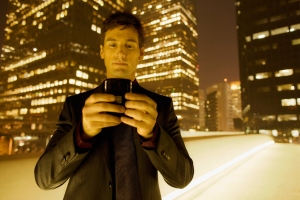 In the meantime, I was also talking to a guy I met on adam4adam.com who I’d been messaging on and off for over a year. Between every relationship, this guy and I would exchanges flirty messages and pictures, but nothing would ever transpire. It was so frustrating because I found him to be very hot. He’d get very flirtatious, but never follow through or agree to meet me. Now I was making some ground. This time around, he seemed genuinely interested. I’m not sure what changed, but I was going with it. He was coming back home after a weekend away, and we were texting the entire ride back. When he got home, we continued the conversation on Facebook with a lot of banter and playfulness. He was really coming around on me. I continued to propose a date, but it wasn’t the easiest. He was open to the idea, but I couldn’t get him to lock down on a specific time and location.

A lot of our conversations revolved around sex. Again, after the dry spell I went through with Smiles, I was happy to hear it. I also knew he had a great job, as he had his doctorate and was using to teach at a college and work at a clinic. He really seemed like the full package. From looking at his Facebook pictures, I could tell he loved to travel and he loved to have a good time. He also lived close to me. I felt like this time, I had it in the bag. 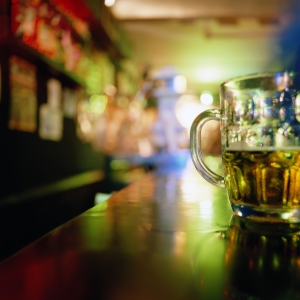 That night, I found a guy on Grindr. He was visiting, and the host he was staying with was away. He knew no one and wanted to go out. I was already contemplating going out, so I convinced my roommate to join us at the bar for casual drinks. We met him on the walk to the bar, and when we did, I was shocked. He was tiny. I’m 6’2″, and he was easily 5’2″. My roommate immediately whispered a comment to me. Then he opened his mouth and the queeniest voice came out. I was so turned off, but I couldn’t be rude.

BOY WAS I WRONG. He was beyond a stage five clinger. After some making out and heavy petting, he spent the night. The next morning, he told me the only way we could have sex is if I could see him the next night. Foolishly, I agreed. It was bad. No. Let me rephrase. It was awful! I couldn’t get rid of him fast enough. I kept laying it on thick how much I needed to get to work, and finally I scooted him out the door.

This was just gay karma coming back to bite me in the ass. I never should have led him on. From the bar, I should have had the balls to just send him home and take care of myself. This is where my penis gets me into trouble. Soon enough, he’ll learn his lesson…

This entry was posted on February 24, 2012, 10:00 AM and is filed under Gay Dating. You can follow any responses to this entry through RSS 2.0. You can leave a response, or trackback from your own site.