For a limited time only, I’m trying something new. After receiving many requests to bring the blog closer to real-time, I have decided to start releasing two posts on Friday. I hope you like the new addition. Scroll to the previous post below to keep up to date with the story. Keep your eyes open for new and exciting things to come…

On with this special edition of One Gay At A Time…

Wednesday morning I dropped Smiles off at the airport. I felt like a chauffeur considering the goodbye I received at the curb.

After running my errands, I was home alone with my thoughts. My good friend, A proposed we hang out, and I jumped at the opportunity. She was passing through Hoboken to the city since a coworker was giving her a ride. It would be a great distraction, and I needed to catch her up since the last time we chatted, I was in need of the “where are we” conversation.

She arrived at my apartment, and I made us dirty martinis because we were both due for a good stiff drink. She proposed we go out for dinner, and I agreed since I wasn’t in the mood to cook food. A suggested we go there to Cucharamama. I’d never been, but I’d heard some great things, so I was on-board.

We walked the few blocks to the restaurant in the drizzling rain and got a nice table in the back of the restaurant. It was cozy and warm, and I was happy to be out of the bad weather. We sat and she told me about how things are with her boyfriend.

A month or so ago, she’d told me about the communication problems they had shortly after moving in together. Apparently, things had greatly improved and they seemed to be finding their groove. I was happy for her.

My relationship was taking a different direction. I told her about the conversation we had the night before. I told her everything he said when I asked him where we stood as a couple. A was already skeptical going in. When I last told her how I was feeling about things, she told me it was time to move on. She didn’t think he was right for me. She told me, “You need someone who will worship you. You need someone who is as into you as you are them because you as so giving in a relationship.”

She was kinda right, but I was still going to give him a chance. It wasn’t like I was blissfully unaware of our issues, but I wasn’t willing to turn my back on him because of it.

After I told her my feelings and thoughts on my current situation with Smiles, she agreed with my plans to proceed. I told her I was going to continue to date him, but I wasn’t going to close myself off to other possibilities should they come my way. I wasn’t going to completely throw myself out there and jump back on adam4adam.com or Grindr, but I also was going to be open to possibilities. I knew I deserved better, and so did she. I was going to give him a short window of time to prove he was going to treat me better, but if that window closed, I was ready to move on. There was no reason for me to immediately drop Smiles. I had no other prospects lined up. Why not give him a chance.

Then the conversation switched to men and women in general. We talked about emotions and dating. The topics of masculinity and femininity came up, and we exchanged our opinions on both. It was a very friendly debate, and I really enjoyed and appreciated the time with her. If there was a time I needed her, it was then. We ordered glasses of wine and a few appetizers and main courses and shared all of them. All the food was great, but the company really made the night. I needed someone to talk to about what was going on in my love-life, but I also needed someone who wouldn’t let me dwell on it and change the subject after we’d discussed it at length.

I wasn’t even thinking about Smiles by the time the check came. And, because my friend A is overly generous, she would not let me pay for dinner. She paid the entire bill. She wouldn’t even let me pay the tip. If anything, I should have been paying for it since she was helping me and giving me what I needed. She gave me the confidence boost I needed to realize what is best for me and seek it out.

I needed to return my friend’s keys since I borrowed his car to take Smiles to the airport, so I said goodbye to A at the restaurant with a hearty hug and went in the other direction towards his apartment. I returned his keys and stayed to chat a bit before heading home for the night. 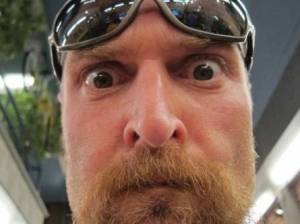 My roommate was at trivia that night, and it was a block from my friend’s apartment. So, I joined him for the close of the night. Ironically, the host of trivia was Adam from Big Brother. I’m quite a fan of the show, so I chatted him up a bit about what it was like to live in the house. I’d love to be on that show, and I think I’d clean up.

When I got home, I was bored and a little horny. I decided to hop on manroulette.com. It was usually a good go-to for casual fun and an ego boost. The talent on their wasn’t exactly great, but I managed to find a decent guy to chat with and have some camera fun. He paid me numerous compliments, and I ate them up. He told me I looked great. Over the three months I dated Smiles, I think I got maybe five compliments from him. This guy paid me five in five minutes. I needed it. I often need validation. It’s a defect, but it’s who I am. 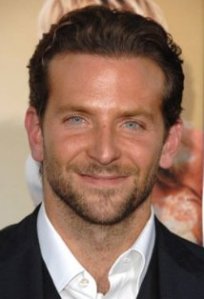 When the guy told me I looked like Bradley Cooper, I questioned him. I thought he was just stroking my ego to keep me interested in him, but when I questioned him on it, he insisted. I’d heard that in the past, but for some reason he made me start to believe it. I really needed that.

The time came to end my chat with my new online friend and get ready for bed. I realized I hadn’t heard from Smiles all day. He was probably settling in with his family, but he also told me he’d call me later that night when I dropped him at the airport. I was disappointed. He wasn’t exactly winning my affections already. I laid there as my mind struggled with what to do. I wasn’t sure how to proceed, but it certainly would be with caution.

This entry was posted on January 27, 2012, 12:00 PM and is filed under Gay Dating. You can follow any responses to this entry through RSS 2.0. You can leave a response, or trackback from your own site.