Have you guys seen this?  What is Ashton Kutcher up to!? Apparently, even the success of his new show, Two and a Half Men, isn’t helping him find true love. He’s really putting himself out there now with a new series of dating videos.

I guess this is how you get over Demi Moore. Check it out!

Who knew he was so versatile!? 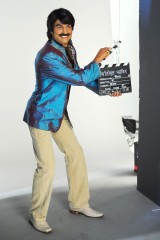 With the help of an Academy Award-winning make-up and hair team, Ashton was transformed into four very different and colorful characters:

Raj is by far my favorite. Everyone loves an inappropriately naive Indian man with a crush on the Kardashians, however, none of these guys stand up to the raw sex appeal of Ashton Kutcher simply being himself.

Together, along with Ashton himself, they are all in search of love at http://www.worldwidelovers.com. What do you think the chances are I’m his true love?

This entry was posted on May 2, 2012, 12:00 PM and is filed under Single Edition. You can follow any responses to this entry through RSS 2.0. You can leave a response, or trackback from your own site.