I’d begun an amazing date with a spectacular man, and I couldn’t wait for what was to come next. Although I had been to Frankies 570 multiple times before with multiple dates, this time was special. I had an amazing guy to share a meal with. Ironically, my meal from days prior was so good, I ordered the same the again. 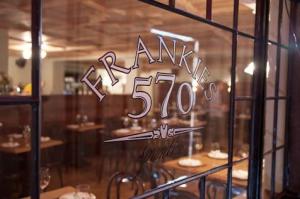 Conversation over dinner we great. It flowed like water downhill. We were both very flirtatious and chatty. On many of my other dates, there were long awkward pauses, but not on this one. Everything was just so easy. When I excuse myself to go to the bathroom, he leaned in requesting a kiss first. It was incredibly sweet and adorable. I really liked this guy. He was everything I was looking for.

I was just taking extra care to make sure I didn’t get ahead of myself. I had a history of falling for guys who would hurt me or not be interested in pursuing anything further. While in the restroom, I looked in the mirror to keep myself centered. All I could do was smile at my reflection like a giddy schoolgirl.

When I returned to the table, the conversation picked back up where we left off. My hand was on his leg under the table. His body language was very positive. 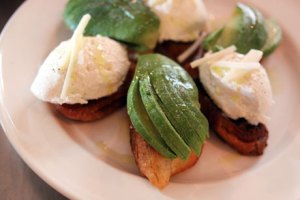 Our meals came, and we shared them with each other. Both of us were very happy with our selections. When the meal ended, we agreed to order a dessert to share. We got the crème-brulee. I dug my spoon into it and fed him a spoonful. It felt incredibly romantic. He smiled as his mouth closed around the spoon. We finished dessert and began to chat about what to do next. He was dancing around what I can only assume were his true motives. He said, “We can go have more drinks.” I interjected, “I don’t want to drink anymore.” “We can drop our bags at my place and go out. We could grab Pinkberry…” he added. I cut him off at the pass saying, “You can stop dancing around it. We can go back to your place.” He immediately smiled and agreed that was the best idea.

I wasn’t thinking we were going back to his place for sex. I knew there would be making out and a lot of heavy petting, but I wasn’t planning to give it up that easily. We hopped in a cab back to his apartment. He asked if I wanted to go to the roof, and I told him I would default to him. We were on his home turf. He could run the show. I picked the bar and restaurant. It was his turn to drive. Before we got to his place, he warned me of the condition of it. He informed me he lived like a frat boy. 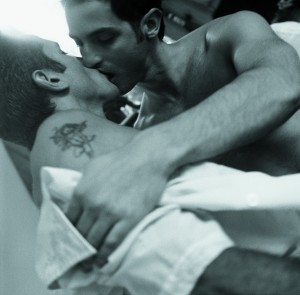 When we got to his place, we stopped in his apartment on our way to the roof. I didn’t think he was as bad as he let on. We began making out on the bed. This, of course, led to many other things. Slowly but surely, clothes started landing on the floor in scattered piles. Eventually, we fond ourselves naked and engaging in a myriad of sexual acts, but penetration would never occur.

He was a very passionate man. I have found it nearly impossible to find a man whose intellect, wit and sense of adventure outside the bedroom matched their passion in the bedroom. He was a diamond in the rough. I wasn’t going to let this one go without a fight.

I noticed he was very into music. It was like he needed a soundtrack. I liked it. Every minute I was learning something new about him, and it was all making me like him even more.

We never made it to the roof. We ended up passing out on top of each other’s naked body. In the middle of the night, we both woke up. It was around 2:00. He offered for me to stay. I was under the impression that was already happening. I assumed I would just stay the night. We cuddled some more, and he turned out the lights. 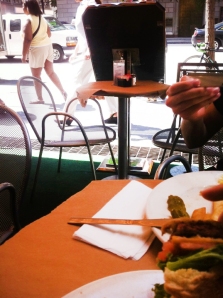 When we woke in the morning, things weren’t awkward at all. I felt very comfortable with him. We talked about how we didn’t have sex and how that made us both happy. We didn’t need to rush things. I mean, I was spending the night on a first date, but I was happy true sex didn’t occur. I was also thrilled he was the type of guy who would just bring that up and not keep it inside for fear of saying the wrong thing. He spoke his mind. I needed to get back to that. Being with him might help me get back to that.

He was amazing. There was no question about it. We were both starving and decided to get dressed to hunt for some breakfast. We stopped by a few places before finally settling on Jimmy’s American Grill and Bar. We grabbed a table outside and picked up the conversation where we left off the previous night.

I let my freak flag fly. I felt so free with him. I told him all about me and my idiosyncrasies. I explained my Christmas Bash and all the work I put into it. He referred to me as Martha Stewart, and I expressed my hatred for that referral. I didn’t like that my cooking and entertaining had a feminine connotation. I told him I was more the Nate Berkus type. He laughed and agreed it was a better reference. I told him about my crazy coworkers and how we would make an amazing reality show. I told him about growing up on a farm. Everything I could think of, I brought out. He loved it all! I learned about where he grew up and his career in advertising. Every word made me like him more and more. He also told me about his friends. They texted him while we were eating to ask him to come to brunch 2.0. 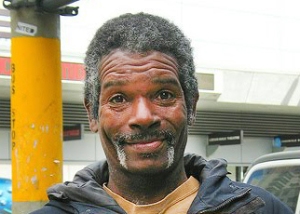 Somehow, we got on the topic of The Hunger Games. I was reading the books, and he had already seen the movie. I told him I was looking forward to seeing the movie. He told me he would go see it again and asked if we could go see it Sunday. You could have knocked me over with a feather. He was already planning date number two before date number one concluded. I was thrilled and immediately accepted.

He walked me to the PATH to say goodbye before heading downtown to meet his friends at Elmo. We kissed each other goodbye and gave a long lasting hug. There was a homeless man panhandling next to us who said, “Get a room,” through a smile. He began laughing, and I started to crack up since I was the one facing him. I said to my amazing date, “That made my day.” Immediately, he replied, “You made my day.” I was in heaven. I said goodbye and went down the stairs to the train.

Later, I learned from checking his Twitter that when he checked in at dinner on Foursquare, he wrote, “Easy conversation + tasty food + hot boy = great date on a Fri night (@ Frankies 570 w/ 2 others)” and the next day at brunch, “When last night’s date becomes this afternoon’s brunch date (@ Jimmy’s American Grill & Bar). He really did like me. I was just finding it hard to take. It was like a dream. I couldn’t really believe it. I didn’t want to get too excited because I didn’t want to get hurt. But, honestly, who gives a f*ck. I was happy, and that was all I cared about.