Hope you are enjoying these. It will help bring the blog a little closer to real time. If you’re keeping up with the stories chronologically, please skip down to this morning’s post first, then read this one. I think it’s a good one! Enjoy!

After our date on Monday, I wasn’t sure when I’d see Chelsea again. Things were moving forward at a nice pace, but I still wasn’t diving in like I normally do. What was holding me back? Was I finally going about things the right way? Was I not fully interested in him?

That Tuesday was his last day in his current role at his job. He went out celebrating with coworkers, and when they were nearing the end of their evening of drinks and fun, he texted to ask if he could come by. Two days in a row. I certainly didn’t have a problem with that. He obviously wanted to see me, and I was very happy about that. One of his coworkers lives across the street from me, and they were able to share a car. I told him I’d be thrilled if he came over.

When he arrived, I could tell he was quite tipsy. It was cute how he couldn’t hold his liquor. Alcohol gets him quite lubricated. He was very flirtatious once again, as he was at the end of our first date. Everyone was buying him drinks since he was no longer be working out of that office. His new territory was Massachusetts, Connecticut, New Hampshire, etc.

We started with some kissing when he walked in the door. I took his hand and led him to my bedroom. He was wearing a full suit, so I found him some more comfortable clothes. In the middle of changing, we began to fool around. It was fun. He was a good kisser, and we were making out all over my bed. I liked having someone of the same size to hold, kiss and roll around with. This time around, he certainly wasn’t shy about being in just his briefs. We had a lot of fun with each other and still no sex. And, I was fine with this. I knew things would progress slowly, and I was quite happy about that. ( I was missing sex a little).

He was a sweet guy, but that night was a little different. I saw a side of him I hadn’t only caught a glimpse of. A lot of his drama started pouring out, and I realized he had just been trying to keep it all down in an attempt to not scare me off. Now, I was getting to see the real Chelsea. I went to bed with a different picture in my head. Was this what was holding me back? Did I think maybe he was a bit too gay for me?

We watched TV and ate some dinner. a lot of the little things I ignored previously were bothering me that night. We went to bed at a reasonable hour. After sleeping together twice and it not ending well, I made a suggestion at the risk of sounding cold. I told him there was no need for us to snuggle while we slept. I tried to be honest and realistic about it. I said, “We can cuddle and snuggle, and when we’re ready to fall asleep, we can curl up on opposite sides of the bed. That way you will get a good night’s rest.” I also took this as the opportunity to tell him I wanted to go for a run the following morning. I was finally getting into a workout groove, and I didn’t want to throw it off. I could sneak out while he was still sleeping, and when I returned we could get ready to head into the city together. With that, we both went to sleep on opposite sides of my California King bed.

I woke in the morning and quietly snuck out to pound the pavement. I had a good run. I needed to clear my head, and the run was just the ticket. When I returned, I hopped in the shower. When I came out of the shower, I gently woke Chelsea. Normally, I would have slipped back into bed with him to cuddle, but I wasn’t feeling it. It was then I realized I wasn’t particularly sexually attracted to him. He was very shy about his body, and while I enjoyed the slower timeline and waiting, a part of me knew it was an important part of the relationship I couldn’t ignore. I’d sacrificed that in the past too many times. I wouldn’t make that mistake again.

I continued to get ready. I was pretty quiet, but then again, I usually am after I work out. I’m also not a morning person to begin with. I either get quiet or I become combative, as my mother learned many a time riding home from swim practice in high school. There was little talk and discussion as we got ready for work/for him to head back home. When we emerged from my room, I found a mess left by my roommate. I detailed to him why I was so annoyed and how this was a common occurrence.

The walk to the PATH wasn’t exactly full of chatter either. I struggled to think about things to talk about. I fixated on his new job and asking the questions about how he was going to handle it. Subconsciously, I was noticing all the things in the back of my head I’d brushed aside once again. Now, my cons list was growing.

When we got to his stop, I gave him a quick peck on the lips. I could tell it made him uncomfortable, but I was trying to force myself to stop being ashamed of being gay. If he were a woman, I’d have had no problem kissing her to say goodbye on the PATH. Why should I censor myself just because he was a man?

Later that day, I received a text from him asking me if everything was okay, or was it my roommate. I blamed my quietness on being annoyed with my roommate, but in reality, I was no longer looking at him as a prospect. 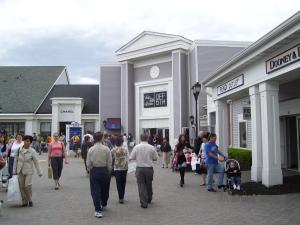 That weekend, I went shopping with my friend, P. While at the Woodbury Common Outlets, I got a text from Chelsea asking, “Will I see you at the end of the week?” I didn’t want to drag this out. I decided in my mind I was no longer interested. It was going to be tough to convince myself otherwise. I replied, “[Chelsea], I don’t want to lead you on or anything, but I’ve been giving it some thought. I just don’t know if we’re a strong match. You’re a really nice guy, I just don’t know you’re the guy for me. I want someone who is going to be around more… That’s important to me. Hope you understand.” Immediately, he responded, “Yup. I feel the same way :). Anyways, all good here. Please do me a favor and put me in touch with your friend about subletting my apartment, and I’ll see you sometimes in the city :).” I don’t know if that was his way of protecting himself emotionally or if it is how he truly felt. Either way, it was a clean break. All was good, and we could still be friends if we ran into each other in the future.

This entry was posted on April 27, 2012, 3:00 PM and is filed under Gay Dating. You can follow any responses to this entry through RSS 2.0. You can leave a response, or trackback from your own site.