How to Get Out of My Own Head

Rules are meant to be broken. Apparently, in my mind this is true. I said I wasn’t going to reach out to Smiles after our awkward night and breakfast the following morning, but that didn’t last long. 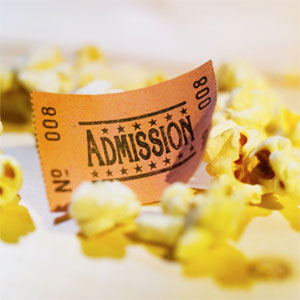 Wednesday afternoon, I got an email including two free tickets to a screening of a movie in the city. It was Friday afternoon at 12:30. I had absolutely nothing going on at work as we were leading into the holidays. I shot Smiles a text Thursday afternoon asking him if he wanted to come with me after I left him.

He told me he wouldn’t be able to join me because he had to be on site for a project he was working on. I didn’t get my hopes up, so I wasn’t all that disappointed. I knew I wouldn’t be seeing much of him that weekend, so it was an effort to mend that but a failed attempt at that.

In the middle of the day, he called to see how my day was going. I was a pleasant surprise. He’d done this in the past, but it was out of the blue. He told me about his project moving forward and the progress he was making. I told him how useless my day was turning out to be. Maybe he did care about me. Maybe he just wasn’t good and showing emotions or talking about them. I still had some figuring out to do.

I finished my workday early. When I got home, I called my other friends who were attending the birthday party that night. I coordinated with them, and made my way to my D’s apartment. 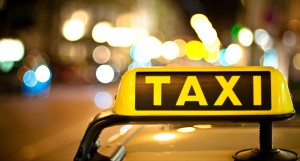 During the taxi ride with D and his girlfriend, she asked me when she was going to get to meet Smiles. She missed him at the holiday party. I couldn’t think of a scenario in which she was going to meet him. I realized he never really hung out with me and my friends in general. I never really hung out with his. I was repeating my relationship with Broadway all over again. The only difference was, Smiles had a better schedule than Broadway. In the back of my head, I knew things between us weren’t perfect. I told her I had no idea when she’d meet him. I then explained to her why he was absent from my side.

I had fun at the party. I was running into a lot of people I hadn’t seen in a long time — Some even years. I sat and talked with one of my old college teammates, and he asked him the dating life was going for me. I told him all about Smiles, and he was very happy for me. In the back of my mind, all I could think about was, “Am I truly happy with how things are shaping up?” 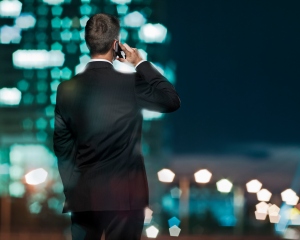 Out of nowhere, Smiles called. He was between parties in a cab. I guess he had time to kill so he thought he’d call me. I stepped away from the party and walked out onto the promenade overlooking the city. I appreciated the call. It was nice to have him call out of nowhere twice in one day. It showed he really was thinking about me. I was a little bitter though. He was telling me about all these parties in detail, and all I was hearing was stories of parties I wasn’t invited to. I kept the conversation on the shorter side of things. It was cold outside, and I wanted to get back to my friends. If I wasn’t good enough to be by his side, he wasn’t good enough to steal me away from the party. We said goodbye for the night since I knew that’d be the last time hearing from him for the night.

On the way home that night, I discussed brunch with D and his girlfriend. They expressed their desire to do it in the city. I agreed and mentioned maybe inviting Smiles to join us. I knew he had things going on, but maybe he’d be able to meet us for a little while.

I texted him at 3:00am to see if he would be onboard for brunch. I told him I didn’t have all the details, but I would get them to him in the morning. He told me he would try to make it. He was making an effort. I was expecting to be immediately brushed off for other plans, but it was nice to see him entertaining the idea at the very least. Maybe things were improving. 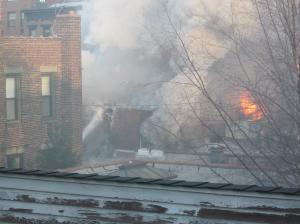 In the morning, D and his girlfriend were too tired to head into the city. I told Smiles brunch was off. He told me he wouldn’t have been able to make it anyway. He had to work. We texted a little bit the rest of the morning. That morning, there was a fire on my block that day that engulfed an entire building. I sent Smiles picture messages, and he expressed concern for my well-being.

That night, we spoke on the phone. We talked about our day, and he told me about the party he attended. Again, I was a little bitter considering I wasn’t invited. I asked him if he was available for dinner Monday night since I wasn’t getting to see him at all over the weekend. He told me he’d have to get back to me. As the conversation was coming to a close, I asked him if we were going to exchange Christmas presents.

I’d actually been thinking about it since Thursday, but hadn’t remembered to ask him. I was a little afraid too. I didn’t know how to pose it. This is so unlike me. I should have just said what I wanted to say. I didn’t have the chance to ask him where we stood yet, so I didn’t feel comfortable asking him about exchanging Christmas presents.

The day before this conversation, I bought him two cashmere hats he’d expressed interest in. I bought them from one of my favorite online stores, Bonobos (They have really amazing stuff by the way. I highly recommend them, especially for proper fitting pants!). It would work out well because they offer free shipping both ways, so if we weren’t doing presents, I could return them.

So, I said to him, “Do you want to do Christmas presents?” He paused a second and responded, “Let’s not over-think things. I don’t think we’re there yet.”

And with that, we said goodbye.

Not there yet? Okay. Then where are we? How do you feel about me. We’d been together three months at this point. I didn’t see why we couldn’t exchange some nice Christmas presents. I wasn’t buying him a Rolex.

This just further motivated my desire to have the relationship conversation…

This entry was posted on January 23, 2012, 10:00 AM and is filed under Gay Dating. You can follow any responses to this entry through RSS 2.0. You can leave a response, or trackback from your own site.