I was having one hell of a busy week. I was running errands all over New Jersey. I was cooking. I was cleaning. I was unpacking boxes… The list goes on… 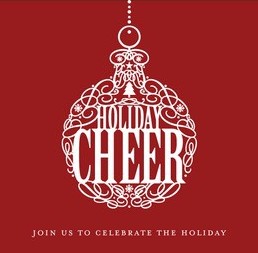 The party was one day away. I was making good progress. Now, I’m not trumping up how much I had to do with gay drama either. The list was really a mountain to conquer.

I’ve had my holiday party four years now, and the fifth was not about to fall short of the other four. I strive to make each year better than the last, and I think I’ve been quite successful.

I had my day quite planned out, but plans changed. Smiles volunteered to help me out with the party planning. He spent the night, but come late morning, he was ready to go home. I didn’t say anything to him about staying, but I was a little disappointed. It wasn’t that I needed the help. My friend P was arriving shortly. I wanted to spend the day with him. I had the day off from work and there was no reason in my mind we couldn’t be together.

I also told P he would be there, and I was excited for her to meet him. Not many of my friends had met him before, and I knew that would be a familiar face for him come the night of the party if he met her ahead of time — Not to be the case.

P and I had a fun work-filled day. We watched TV while we prepared fried hot wing dip balls. When those were done, we moved onto rolling the bacon and onion cream cheese crescent rolls. Next, we were on to preparing the mini PBJs, cheesecake filled strawberries, crab rangoons, Swedish meatballs, pierogies, popcorn turkey bites, cheddar garlic biscuits… The list goes on (As you can see I don’t mess around).

The sun was setting, so we broke to grab dinner. I bought us take-out since we were both tired of cooking. After we ate, I decided we should call it a night on the cooking. I thanked P graciously for all her help. She really saved my ass, and she made the day go by much faster.

I tried to tackle some of the cleaning that night before crashing on the couch. I couldn’t do too much because I’d prob get it dirty again the next day. When I felt I’d made enough progress, I called it a night.

Smiles had been texting me throughout the evening to see how things were going. I decided to call him to see how his day was. We had a very nice chat on the phone, and he was very supportive of my party preparations. It was nice to see him in this role, as usually the roles were the reverse. I was usually there supporting him.

We finished our pleasant phone conversation, and I went to bed. I had a lot of work to do before the forty guests arrived the following evening.

This entry was posted on January 11, 2012, 10:00 AM and is filed under Gay Dating. You can follow any responses to this entry through RSS 2.0. You can leave a response, or trackback from your own site.