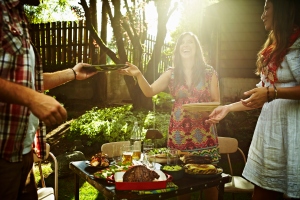 We got our act together and finally made our way to Hoboken. We lounged around my apartment for a little while before we were invited to a barbecue at D and K’s. I asked CK if he wanted to hit it up for dinner. Either way, we needed to eat. This would be a cost/time effective way to grab a bite. Of course we took our sweet old time and found time to cuddle and fool around a little. In the end, we wouldn’t have to cook, and I would gather some food from my fridge to take over. I had a few fillet mignons in the freezer, so I grabbed them and we made our way the few blocks.

There was a small crew already gathering. As we entered, we said hello to everyone. I was noticing how welcoming my friends were to CK as well as how integrated CK was in the group. This brought a smile across my face. He wasn’t shy and quiet and huddled in the corner. I didn’t need to hold his hand through every outing. He would strike up his own conversations. He was part of the crew.

We made our way out to the backyard, and everyone helped out in typical fashion. Some people manned the grill, others poured water, others began bringing supplies downstairs, and others over-manned the grill. D always flipped out on the people who insisted on opening the grill lid and flipping things too many times. I learned long ago, when you are at another man’s abode, he is the king of the grill. You do not touch that thing unless you are requested to. I was thrilled to not be manning the grill considering in previous years, all the barbecues were at my apartment since I was the only one with outdoor space.

When the food was ready, we all gathered around the table to eat. We poured cocktails and enjoyed the food. I looked around at all of my closest friends and my man sitting next to me, and all I could do was smile. CK turned to me and said, “What?” I told him, “I’m just so happy!” He smiled back and stroked my knee as we both leaned in for a kiss.

While we ate, everyone began chatting about their plans for the evening. CK and I had a discussion not long ago about having better lines of communication. We weren’t going to put each other on the spot to make public decisions. I was very conscious of this as they all chatted. I told them we hadn’t decided what we were going to do yet so we could talk. “We haven’t even thought about what we want to do tonight yet. We got up late this morning. We may head back into the city, but we don’t know…” I added. I wanted CK to feel this was a pressure-free decision. We would talk about it when we got back to my place. If he wanted to stay in Hoboken, we would stay. If he wanted to do something else, I was game. Obviously, I was leaning toward sticking around Hoboken for a pub night with my friends, but I’m not so sure CK was thrilled with the idea.

In the end, we to stayed in Hoboken. It made sense too, because K invited us to her parent’s lake-house the following morning. Everyone was headed to one of my favorite bars, Cooper’s Union. I was happy to go there since the bartender takes good care of me and my friends. CK had to borrow a teeshirt since he didn’t pack anything to go out for the night, but he looked great and totally fit the part. When we got there, no one was playing shuffleboard, so I suggested we hit that up. CK seemed to be moping a bit. While I’m sure hanging out in a pub with my friends wasn’t his ideal situation, he didn’t offer up an alternative. 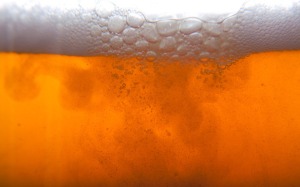 As the night went on, CK began to liven up. We made our way to McSwiggans for a few drinks and to dance in “our spot.” Every time a big group of my friends and I head there, we take over the only spacious part of the bar and form our own dance circle. Nobody is bustin’ a move, but we all move around, make fun of each other and have fun while we drink. I never truly felt comfortable there being publicly affectionate with CK. I wasn’t hiding my affections for him, but I certainly wasn’t making them obvious. We were never making out on the dance-floor, but we did dance together and have our arms around each other periodically. I could feel the eyes on me from time to time, but I learned to look past them. CK taught me that. I no longer cared what others thought. I was with the man that made me happiest, and that was nothing to be ashamed of.

When a few of the girls were tired of dancing there, they suggested we head next door to the Shannon. I was adamantly opposed to this. I hadn’t been there in over two years, and for good reason. That place was never anything I enjoyed. We entered, and it was like a porthole to the Jersey Shore. Shockingly, CK was having a blast. I told him of the similarity to the bar and the Jersey Shore, and he added, “If this is what it’s like, let’s go!” You could have knocked me over with a feather. I’d had a blast at The Shore, but I never expected him to want to go. I was blown away, however I was also thrilled to see him having such a good time.

I know we weren’t out with his friends and it took a little more effort on his part to hang out at the bars I liked going to, but none of that went unnoticed. I witnessed the sacrifice and the effort, and it made me love him even more. When we were finally exhausted, we made our way home to my apartment. We were already invited to hit up the lake the following day, so we needed to get to bed at somewhat of a decent hour so we could wake up in time to go.

Both of us were hoping my roommates were away so we could have our own raucous party — In my bed. Sure, we had a hot night in his bed the night before, but we were on a roll. Great sex was inevitable, and that night, it certainly didn’t disappoint!

After breakfast at the hotel, we got back on the road to my great-aunt’s house in Mount Vernon to drop off the keys and make our way home. It was surprisingly fast.

I was really disappointed I never got to chat much with the bride. It’d been years since I’d last seen her, and we only speak on the phone about once every four or five months.

During the whole ride, I had a lot of time to think. For me, this is deadly. When I have time to think, I crawl up into my own head and start digging around where I shouldn’t be digging — This is why I lead such an active lifestyle. Thinking depresses me.

A lot of thoughts about Smiles were going through my head. I was a little hurt and upset my advances were rejected in the morning. I also was very disappointed I didn’t get to grab brunch with him. Overall, I guess you could technically deem the weekend with him a success, but I still wasn’t thrilled. I was on unstable ground. I had no idea where I stood with him, and it was getting to me. As usual, I was over-thinking everything.

When we got back to Hoboken, we stopped at the grocery store. I decided to call Smiles to see if he wanted to come over that night. I wanted to make him a nice home-cooked meal since he never cooks for himself. We always go out for dinner or order take-out. He agreed to come by. I also had ulterior motives. I wanted make-up sex for Saturday morning when I was denied.

That evening, when he got off the PATH, I hopped on the motorcycle and rode down to pick him up. I was happy to finally get him out on the bike. He’d been on one before, so it wasn’t as exciting as the first time I’d taken motorcycle virgins on the bike, but it was nice to have him so close to me. We rode back to my apartment with his arms tightly around me. I thoroughly enjoyed it. 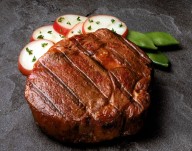 I started us off with some artichokes while the fillets finished grilling and the rest of the meal finished cooking. I made more food than the two of us could possibly finish. When we had our fill, I cleaned up, and we made our way to my bedroom for the night. He asked if he’d be spending the night. “Of course you’re spending the night! Did you think I was going to kick you out now?” I responded. “I don’t know. Some people need their rest before Monday morning,” he said. I reminded him the size of the California king bed and assured him he wouldn’t disturb my slumber. If anything, he would enhance it.

Warning: The following may be too graphic for some. I started getting frisky. After not getting any the morning before, I was even more geared up for some great sex. We undressed each other and jockeyed for position once again. I wasn’t making the same mistake again. I made sure I was in position to top this time. When I pulled out my night-stand drawer to get a condom and some lube, he made a comment about the large dinner and not sure it was a good idea. I surrendered, and we decided to use alternate methods. He climbed on top and used his hand behind his back. I was impressed with his ingenuity and his willingness to try alternate methods. However, it wasn’t quite enough for me. It felt great, but I couldn’t quite get over the final hump, as is my issue often.

We stopped and just enjoyed each other’s bodies laying next to each other before we both cleaned up and hopped into bed.

When I woke in the morning, I snuck quietly into my bathroom to shower so he could fall back asleep. If he wanted, I was going to let him sleep as long as he wished and just pull the door shut behind him. However, he had a few things he wanted to get to Monday morning, so he joined me on my morning commute.

We casually walked to the PATH and hopped on. When the time came for him to get off, we exchanged a quick kiss. A lot was going through my mind before that. I was a little afraid to do it because I knew all eyes would be on me as soon as he got off. However, I was the one who initiated it. It was subconscious, but I wasn’t going to let fear of others’ reactions rule my actions anymore. I didn’t care who knew I was gay anymore.

I rode the rest of the way to work not making eye contact with others. I wasn’t 100% comfortable in my own skin, but I was still growing with every day. Things were progressing nicely with Smiles, and they could only get better with added confidence.