Letting Him Down Easy

Monday, I decided to be a good brother and pick my sister up from the airport. I drove her to Newark Airport early Friday morning before all of my Grindring, and she was arriving around 2:00. 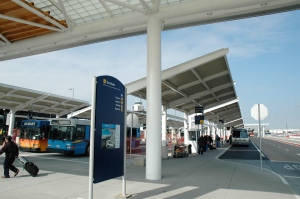 Before I hopped in the car, I made plans with M.E. to meet up later that day. I wasn’t planning to tell him I knew about his Grindring from my bedroom. I was just going to keep that in mind when interacting with him. I wasn’t going to let myself fall for a guy like that. For us, it would be purely fun. He told me he had class that afternoon, but he would come meet me on the pier when he finished.

I was regretting agreeing to pick my sister up since it landed smack in the middle of my day. I wanted to head out to the pier and get some color while I was off from work. The forecast was looking gorgeous for the week, and I planned to take full advantage. I decided not to waste the morning and went for a run around 1:00. I came back to my apartment, showered and packed a bag for the pier. I hopped in the car and headed to the airport. My sister was delayed, so I spent about a half hour circling the grounds. When she finally touched down, I parked in front of her terminal and began reading my first Out magazine. I was becoming a full-on gay man. I finally subscribed to a clearly homosexual publication.

She came out, and I drove her back to Hoboken. We swung by the pier to drop be me off so I could get some sun, and she went home. 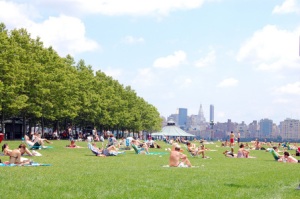 Around 3:30, M.E. joined me on the pier. We laid next to each other talking for a bit. I gently stroked his hand with mine. We weren’t being blatant or obvious, but we still found ways to show affection. It was a nice time. Around 4:30, the sun was beginning to set. The temperature was dropping, so I suggested we head back to my apartment. I wasn’t even thinking about this in terms of sex. I was just cold.

He gave me a ride back to my place and decided to come up for a bit. He couldn’t stay too long because he had plans for the evening. We ended up in my bedroom fooling around a bit. It was nice to have him in my bed again. Every time we were together, I enjoyed myself.

The time came for him to leave, and I said goodbye to him at the door with a kiss.

Over the next week, I didn’t really reach out to M.E., and he didn’t really hit me up either. When enough time had gone by, I assumed he met someone else. I was trying to get away from the relationships based on sex, so I wasn’t exactly protesting or questioning why his calls stopped.

One day I got a text from him asking me why we hadn’t been in touch in some time. I told him I assumed he met someone else. He assured me this wasn’t the case. He told me the reason he was so quiet was because he was trying to create distance. He was beginning to fall for me and didn’t want to get hurt. This is when I pointed out to him I knew he was on Grindr when he was at my apartment. I didn’t tell him how I knew this information. At first, he denied it and told me he was chatting with his friends about his spring break trip postponement. I acknowledged that, but also pointed out he was on Grindr while he was in my apartment. I told him how insulting that was to me. I pointed out how, by no means, were we exclusive, but to be on the app while sitting with me was not something I looked kindly upon. He apologized profusely. I told him I noticed he blocked me on Grindr as well. He told me the reason for this was because he saw me on there periodically, and it was killing him. He was imagining me with other guys, and it was getting to him so much he blocked me so he wouldn’t have to see it anymore. I told him I wasn’t holding anything against him, but it was shaping how I looked at whatever was going on between us. 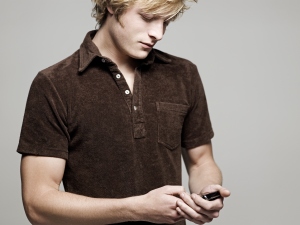 He was completely torn up about it. I had a lot of other things going on in my life at the time, and I didn’t really feel like getting into it with him. I was partially using this as a way to make a clean break from him. I liked him and cared about him more than a one-night-stand. I considered him a friend who I also happened to enjoy in my bed. He was more friend than benefit. I didn’t want to hurt, but I also needed separation. There was too much going on in my life at the time. He begged me to talk on the phone, but I told him that would have to wait. I lied and told him I was with friends and didn’t want to be rude by taking a phone call.

I knew he wasn’t happy, and it wasn’t what he wanted. I needed to think about me for a change. I needed to put more effort into the men I was meeting and looking toward a long-term relationship with, rather than the men I just enjoyed having around for sex and a little companionship. It wasn’t fair to him, and it wasn’t what I needed. The time came to move on. How that would shape my relationship with M.E. was yet to be determined… 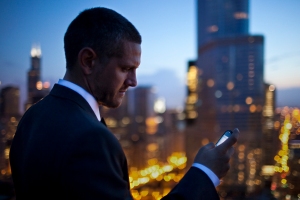 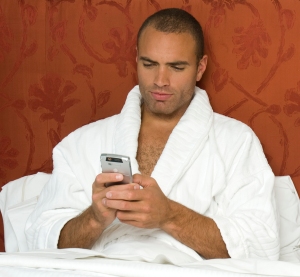 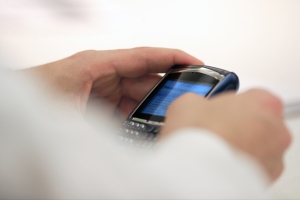