Finally, Someone Who Knows What They’re Doing!

So far my trip was turning out to be a flop. I had on traumatic experience and an ex who tried convince me to have sex. I needed my luck to turn around. 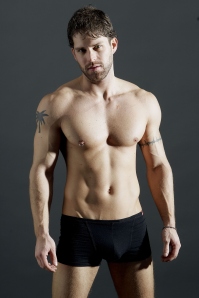 Last time I came to San Francisco, tried to meet up with a friend of mine I met a very long time ago on manroulette.com. I’d known him for almost as long as I’d known about the site — roughly two years. We exchanged Skype names and kept in touch. I can remember having conversations with him long ago. He was a great guy who had been through a lot. My heart always went out to him when he told me his story. On top of this, he was incredibly sexy. We’d fooled around on Skype numerous times, and every time I yearned for it to be the real thing with him.

I was hoping I would finally get to live out my fantasy. I made plans with him to grab a drink Thursday night after work. He asked if I’d like to meet in The Castro, but I asked if he wouldn’t mind coming to my neighborhood in the Wharf since I trekked up there the previous night. He agreed, and I asked the concierge for a good spot to grab a drink and chat with someone. He gave me a great spot to check out two blocks away — Parlor. It was perfect. We could easily head back to my hotel room after a few drinks.

When he was nearby, I made my way to the bar. There weren’t many people there. It was perfect. Good music, but quiet enough for us to chat. 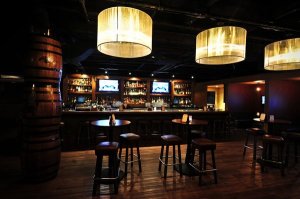 When he arrived, he came up to join me at the bar, and we exchanged hugs. I was very happy to see him, and I think he was equally happy to see me.

We sat and talked for hours. He’d been seeing a therapist over the past few months, and he’d really been having some breakthroughs. He has a tough time with his family as they’re not accepting of his lifestyle “choices.” I told him my coming out story, and he was very happy I for me that I had such a supporting family.

Three beers later for each of us, and the conversation was going strong. Our conversation hit the pause button when we both heard someone at the other end of the bar making a gay comment, not in reference to us in the slightest. Our ears perked up ready to be on the offensive but there was no need. When we finished our fourth round, I asked him if he would like to come back to my hotel room. He accepted my invitation, but said he couldn’t stay too long since he had to work early the next day. 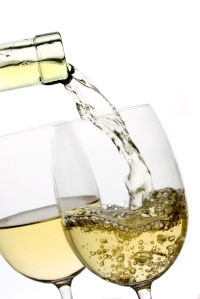 He proposed we stop for wine along the way, and I agree. He paid for the wine — He was such a Texas gentleman, even if he hadn’t lived there for years. When we got back to the room, we each finish a large glass of wine before I pounced on him. We made out for a solid fifteen minutes. I was really enjoying him. He had a great body, amazing lips, and he was a spectacular kisser. One of the best I’d ever experienced. My fantasy was on its way to reality.

Warning: The following may be too graphic for some. One by one I peeled off his clothes until he was naked. I took it all in with a big grin on my face. From the first time I laid eyes on his “big swinging d*ck” as I called it, I couldn’t wait to get my hands on it. It was beautiful, and I sure as hell had some fun with it.

He immediately went for mine and started orally pleasing me, front and backside. He was very good, but also very loud, moaning as his head bobbed up and down. This wasn’t something I was used to. I wanted to finish for him. I wanted to show him the fireworks I could set off, but I just couldn’t concentrate. After some time passed, I went to return the favor, but he stopped me. He told me he had to go because he had to be at work early the next morning.

I was so disappointed. He was really good in bed, and I needed that. I also had been looking forward to that for years now. But, I completely understood. Around midnight, he got dressed to head home. As he was leaving, he told me how great I tasted and how he wasn’t going to wash his hands or face for days. This was very dirty and very sexy. I’d never had anyone respond to my body that way before. He kept coming back for more as he made his way to the door. I could tell he didn’t want to leave, which made me happy. I was also purposely teasing him with my body, as I lay naked on the bed. I didn’t want him to go, but I still had one more night in San Francisco, which means I had one more chance to take him to bed…

This entry was posted on March 2, 2012, 10:00 AM and is filed under Gay Dating. You can follow any responses to this entry through RSS 2.0. You can leave a response, or trackback from your own site.