A few days after my date with Connecticut Cutie, we made plans to grab lunch. 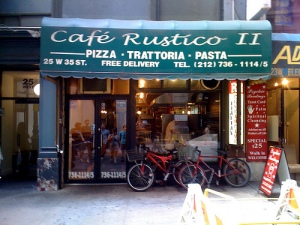 Apparently, he had a very laxed work schedule, and he was able to come down to my neighborhood to meet me for a bite. It was nice to have a lunch date. Most days, I eat my lunch at my desk so I can go to the gym in the afternoon. It’d been some time since my last lunch date was well.

I rearranged my day so I could make this happen. I did not want to cancel on him last minute. Of course right when I was getting ready to walk out the door, people started coming to me with work. I told them I had a meeting to run to, and I snuck out of the office.

He had chosen to meet me at Cafe Rustico. It’s a small pizza place around the corner. Since I was a little late, he went to scope the place out.

When I met him on the corner by my office, he told me he wasn’t thrilled with it and asked if I knew of any good places in the neighborhood we could go. I picked a spot, Lena, and ran it by him. He was fine with it, so we decided on that. We ordered our food, and I picked up the tab. We found a small table to eat and chat. He told me more about his getting locked in the bathroom on the train going home after leaving me from our last date. He was quite a goofball. I loved it. 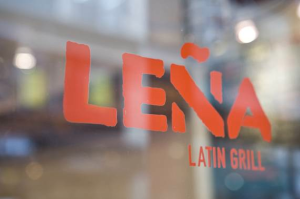 This time, we spent a lot of time talking about my roommates and his. Mine being my current lot, and his being his parents. Both had their positives, but they also had some big negatives as well. We also talked about our coworkers and bosses and our different situations at work. It was nice learning about his job. Last we spoke, it was left a little vague. However, overall, I think I monopolized most of the conversation.

I was enjoying spending time with him. I wasn’t completely sold on him yet. Only time would tell. But, he was certainly a nice guy and was winning me over slowly. My main hesitation was that maybe he was a little “too gay” for me. I wondered if he’d get along with my friends. My other hesitation was that he was living in Connecticut. How often were we going to be able to see each other?

We talked about what each of us had planned for the weekend. I had nothing special going on, and he was helping his dad remodel their bathroom at home. He joked about his “manly DIY project.” After we each finished, we made our way to the door. I had to get back to work, and he needed to visit one of his stores and check on the merchandising.

We stood outside the restaurant to say our goodbyes. We exchanged a very nice hug, and then he went in for the big kiss. We pulled back, and he went in again for another, like he just couldn’t get enough. He was a good kisser. I liked it. It was a good sign for him.

I was slightly uncomfortable knowing any one of my coworkers could walk by at any second, but another part of me just didn’t care. Let them see. I’m not hiding anymore. I’m not going to walk around the office broadcasting my sexuality, but I also am not going to hide it.

I walked in the other direction with a smile from ear to ear. It’d been a while since a man kissed me like that. Lately, I’d been the one to initiate. Smiles was never particularly affectionate either.

I was heading to Chicago again for work, and I wanted to see him again before I left. When I got back to my desk, I texted him to thank him for meeting me and told him we’d get together again soon…

Since I’ve been slacking, I’m going to make it up to you this week. Hope you don’t have a busy week, because you’ve got a lot of content coming your way!

For as long as I can remember, I was trying to nail down a date with a specific guy I met on adam4adam.com. He had the cutest smile that could light up a room (in case you haven’t noticed — and I’m just coming to this realization — I’m a sucker for smiles). He messaged a few times on a4a, but nothing ever materialized. 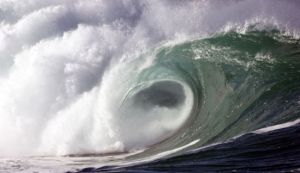 Months passed, but I could never seem to get him to meet me. He’d show a lot of interest, and then he’d disappear for a bit. Like the ocean, it was a constant ebb and flow with him. Finally, I just flat out gave up on him, and I didn’t hear from him again. When I broke up with Smiles, I went back through my saved messages and decided to hit him up and see if this time would be different.

Ironically enough, I learned he moved out of the city. He was originally from Connecticut, and he moved back home with his parents to save a little money. It seemed now he was interested in finally meeting me, just when it would be most difficult. We discussed many evenings as possibilities to grab a drink before we finally found a good day to grab lunch. Even then, we were playing things by ear.

Of course, this didn’t happen. He had to cancel on me. However, he proposed raincheck options. He agreed to meet me for a drink one night after work on his way to Grand Central to hop on Metro North to CT. I did some research to find a bar that would be convenient for both of us. We set a time, and I told him to meet me at Annie Moran’s by Grand Central Station. 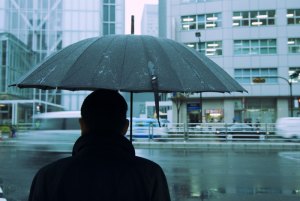 I was already having reservations about this guy. Was this how it was going to be all the time. Quick rendezvous before he went home? I finished work before him, so I decided to walk there instead of taking a subway or cab. It was raining lightly, so I broke out my umbrella, however I wasn’t walking alone. I had Grindr to keep me company while I walked. I’m such a whore. I was already looking for the next date before this one even got off the ground. But, it’s what you gotta do if you have an aversion to gay clubs. I stood outside the bar paging through profiles while I waited for him to arrive. He too was walking from work, and he worked about fifteen blocks away.

Just before he walked up, he gave me a call. I told him where I was, and when he saw me he hung up. As he walked towards me, he wasn’t quite what I was expecting. It wasn’t a bad thing; he was just smaller than I originally thought. We greeted each other with a handshake, and with that made our way into the bar. He offered to buy me a drink since I’d been waiting for him. I was in charge of watching our bags and trying to find a piece of real estate to stand/sit and chat.

He came back with the beers, and we dove into conversation. It was slow going at first, going through the standard order of questions. As he talked about his job in fashion, I noticed a bit of flamboyance coming through. I wasn’t thrilled, but it was far from a deal breaker. He was certainly cute (although he looked much cuter in his pictures before he cut his hair shorter). 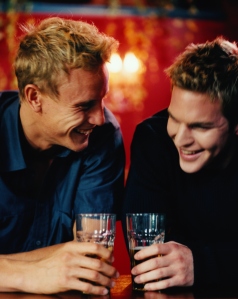 We talked about family, work, his moving back home, where I live and grew up, commuting nightmares, etc. It was nice. I couldn’t quite tell if he was all that into me. I was starting to think he thought I was too “straight” for him. But, as the conversation progressed, his body language began to change. I realized he may have just been nervous. Once he relaxed, I could tell, he was flirting a little heavier. After the first beer, he asked if I wanted another. I gladly accepted. I figured he was going to dictate the end of the date since he was the one who had to catch a train. He told me all about his curfew and how he’d have to take a taxi if it got past a certain hour; his parents would no longer pick him up.

We talked about watching sports on TV and participating in them. Somehow skiing came up, and I told him my story about the first time I skied and how well I did. When the group next to us lef their table I snatched it, while he got us a third round of drinks. The date was going well, or at least I thought so. 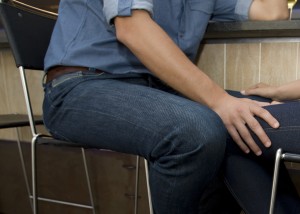 While we sat, he took the opportunity to touch my leg periodically. I love that. It’s a surefire sign of interest. I returned the favor as well. I could tell there was a lot of sexual energy between us as well. We were both feeling it. We talked more about what we do for fun when we’er not working. He told me about his old apartment and how he still comes back into the city to do rotating dinner with friends at their respectful apartments. There were slight awkward pauses, but that can be warranted on a first date.

When he finished his third beer, he told me he had to be running for his train. I thanked him for picking up the tab, and I told him I would pay next time. “If there can be a next time,” I added. I walked him to the doors of Grand Central and said goodbye. He was lingering, and I could tell he wanted a kiss. I wasn’t sure his position on PDA, but I decided to go for it. I wanted a kiss, so I was going to get one. I leaned in with my arm behind his back and gave him a nice quick kiss goodbye. We agreed to find time to see each other again soon as we parted ways.

On my ride home, I took the opportunity to text him and let him know I thought he was cute. He told he had a great time, but also told me how he’d locked himself in the bathroom on the train. It was a really funny story, and I was happy to hear he had such a great sense of humor and easy-going personality. He told me he wanted to grab lunch later in the week, and I agreed. We would figure out a time that worked for us both. I was already looking forward to it…