I’m not sure what it is about the gay dating world, but no one seems to have a sense of commitment. I can’t tell you how many times I tried to plan a date with a guy I clicked with on adam4adam.com or Grindr, and last minute, they either canceled, or just went completely dark. I have been cancelled on three times as often as I have gone on dates. I know the gay world is more prone to promiscuity, but c’mon guys! Lock it down. Either show up, or be man enough to own up to the reason why you can’t show up.

A little background about me: I’m a very nice and forgiving guy. You really have to screw me over to get me p*ssed off at you. I give countless chances to redeem yourself. I may be a doormat, but I have also found if you give people a second chance, you may be pleasantly surprised.

A few of the guys got more chances than others, quite simply because they were gorgeous. Even if we didn’t hit it off, I wanted to go out with them to just stare at them. Others fell by the wayside after a few attempts. I was getting to the point where I scheduled 2 dates a night because I knew one would back out last minute.

Like with dates, I give roommates more chances than they deserve. Since I moved to Hoboken, I’ve been a revolving door for roommates. I’ve had 11 roommates in 5 years at 2 different apartments. When the time came for my one of my roommates and I to find yet another replacement roommate, I turned to my tried and true friend, Craigslist. At this point, I could be a professional Craigslister. Not only have I written my own posts, but friends have requested I write theirs after their own return no quality results.

One respondent to my ad included his Facebook profile link. When I clicked the link, I immediately noticed how hot he was. He had an amazing body in his shirtless on the beach profile picture. As I scrolled down to the bottom of his info page, I noticed it said, “Interested in men.” I assume the Facebook link was his subtle way of addressing his homosexuality.

This was definitely a pleasant surprise. I was in desperate need of gay friends, and a new gay roommate could be a lot of fun. It would also make the coming out to a new roommate thing less awkward for me.

I reached out to him, and got no response. (Here is where my tenacious personality took over where most would have given up). I sent him an follow-up email explaining I was gay and thought it would be great to have him meet us and check out the apartment. Apparently that was the bait I needed to lure him in. We all clicked, he loved the place and agreed to move in.

When it came time to sign paperwork, all of a sudden, he backed out. He gave me an excuse about the possibility of his job transferring him to North Carolina in a few months.

Fast-forward 6 months later to me cruising Grindr. To my amazement, who do I find? Mr. North Carolina. I sent him a message just saying, “Hey. What’s up?”

I debated whether to play games for a little while or to tell him who I was. I responded, “You know me btw…” And I told him who I was.

Ten seconds later, I received a text message from him, “You??? Damn, you look good man!”

We started chatting, and I asked him if he wanted to go out for drinks sometime. I was attracted to him physically, but after he bailed on living with me, unfriended me on Facebook, blocked me on G-chat and AIM and stopped answering my text messages, I wasn’t so sure he was relationship material. I wasn’t expecting anything to happen, but if it did, I probably wouldn’t fight it. 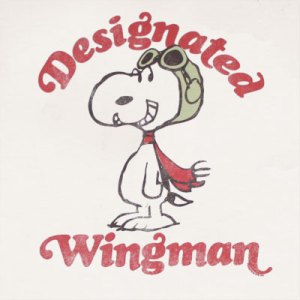 We picked a Friday to go out for happy hour drinks. When 5:00 rolled around, I texted him. Of course, I got complete darkness. No response. No explanation. Finally, I gave up and went home. I texted him on Saturday to see what happened. Instead of just being honest and texting me Friday to say, “Hey, I’m kinda tired. Can we reschedule?” he decided to come up with an elaborate story.

We still texted, but after the second time he bailed on me, I told him the ball was in his court as far as the next time we would hang out.

Later, he texted me about his awkward living situation in which his roommate was sexually harassing him. So, when I got the news of yet another roommate moving out, I reached out to him. He came to Hoboken for a barbeque at my apartment and to hit up the bar scene. We got along great. He agreed to move in. Just goes to show, if you give people another chance, they may surprise you.

Finally, I would have a gay roommate/friend/wingman. However, this of course would pose a whole new load of drama in my life, but that’s another post for another day…

This entry was posted on June 6, 2011, 10:10 AM and is filed under Gay Dating. You can follow any responses to this entry through RSS 2.0. You can leave a response, or trackback from your own site.