HR and I were finally able to set a time to go on a second date.

This time, we agreed to go to Industry, a popular gay club in Hell’s Kitchen, after work. I had never been before, but this was happy hour on a Monday, so my fear of gay clubs was a little easier to get over.

I walked uptown to his office and waited for him to finish his workday. When he came down, I noticed he obviously changed his clothes. He wore a suit to work every day, and today, he was wearing very tight brown pants and a polo shirt. He looked gayer than a $2 bill. Yes, I know how bad that sounds. 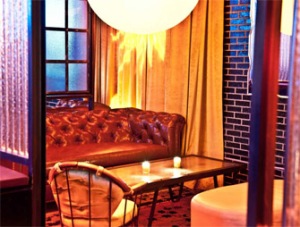 Thinking back, I think it was then I realized we weren’t a match. Maybe that makes me shallow, but I’m really more into masculine guys. However, I still didn’t completely write him off.

We got our drinks and found a comfortable couch to relax on in the back of the bar. We talked casually, facing each other. I was trying to convey a more flirtatious body language. I could tell he was doing the same. After some time passed, I placed my hand on his leg when talking to show my interest.

Out of the blue, one of the drag performers began practicing “her” sets. Drag queens make me feel very uncomfortable, but I’m cool with them as long as they don’t try to interact with me. I don’t need to be a part of the show. When I thought it couldn’t get more awkward, the drag queen came on in nothing but a feather boa barely covering the necessary parts. HR and I discussed drag queens and our feelings about them. I respect them and their choice. I admire their confidence in themselves and their apathy towards others’ judgement.

We talked more, but then the night began to get a lot more physical. At one point, I just went in for the kill. We were facing each other, and I took the opportunity to kiss him. After our missed opportunity to kiss last time, I decided one of us needed to make a move. I usually never have the courage to do so, but tonight, I was properly lubricated and just went for it. 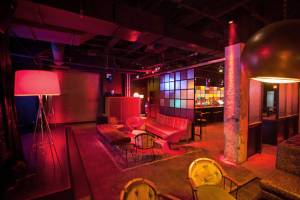 We spent a majority of the rest of the night kissing and cuddling. He had his hand in the top of my polo and was rubbing my chest. He expressed how much he enjoyed it, and said, “Even if you tell me to stop, I don’t think I will. Your chest feels too good.” I was enjoying it, so he had no complaints from me.

Before we knew it, it was 11:30. I couldn’t believe how late it was, and I needed to get home. He both walked over to 9th Avenue, kissed, said goodnight and went our separate ways.

I expressed how good of a time I had that evening, and we talked about seeing each other again…

This entry was posted on June 3, 2011, 10:00 AM and is filed under Gay Dating. You can follow any responses to this entry through RSS 2.0. You can leave a response, or trackback from your own site.