I was elated after my romantic dinner with Smiles. What started out as a crap shoot of a night turned out to be quite and evening for the two of us to grow our relationship.

And, like any morning I wake up next to a sexy man after a solid night’s sleep, I was ready for sex. Smiles, however, was not. I didn’t want to wake him, so I snuck out to the kitchen to brew coffee and make breakfast.

Shortly thereafter, Smiles joined me in the kitchen. He came up behind me while I was making eggs and sausage, wrapped his arms around me and planted a kiss on my neck. Now, this is how I like to spend my morning. He grabbed a stool and sat at the counter while I finished preparing breakfast. He detailed for me his back pain, so I did my best to massage it out. It was no use. The knot was huge and not going anywhere anytime soon. Smiles called his energy specialist and made an appointment for that afternoon.

After we finished breakfast, we hopped on my bike and made our way into the city. We were in a bit of a rush to get him to his appointment on time. I dropped him in front of the building and told him I’d join shortly. I was going to poke around the shops in Limelight since I’d never been. He looked a little disappointed I wasn’t coming up, so I made it a point not to dawdle in the shops. I walked up to the “office” and entered the door. I had no idea what to expect since I did not utilize these types of services. I barely even go to a regular physician.

When I walked in, an attractive man who I can only compare to Matthew McConaughey by the way he was dressed greeted me as I explained I was there with Smiles. He invited me into a room with six massage tables occupied by people of all ages and types. I sat on the couch while Smiles had his energy “fixed” watching this man work his magic. He took the time to explain and demonstrate things to me while he worked. I feel he felt the need to prove something to me as a skeptic.

When Smiles finished, he joined me on the couch. I have to admit, while a skeptic, I felt the knot before his energy session, and I also felt the absence of a knot after. It was impressive. When he composed himself, we got ready to leave. The specialist said to Smiles, “You didn’t tell me you were dating Ed Norton.” I know it was meant as a compliment, but I wasn’t sure if I saw it as one. Regardless, I smiled and said goodbye.

We hopped back on the motorcycle and made our way to Smiles’ apartment. He needed to shower before continuing with his day, so I sat on the couch waiting for him. 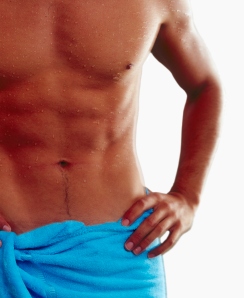 Warning: The following may be too graphic for some. When he was done, he walked towards me in a towel, and I took the opportunity to seduce him. I grabbed the towel and pulled him closer. The towel almost fell off, but instead just exposed his manhood to me while we kissed passionately. I took hold of his exposed member and began to pleasure him.

He backed away and said, “C’mon,” as he walked to the bedroom. He stripped off my clothes, and we hopped into bed. We were FINALLY having sex again. We rolled around between the sheets until he found his way on his back. Not only were we finally having sex, but I got to top again. With his legs on my shoulders, I told him I wanted to see him finish because I knew it was something that usually excited me enough to get me off.

I was still trying to get over the shame of my embarrassing moment while still trying  to enjoy the fact we had good sex after a dry spell. I got dressed, and we discussed our plan for the day. We were heading out to Brooklyn to run some errands, but I was mostly concerned with trying to enjoy the day without harping on the afternoon’s uncomfortable exchange…