Although things didn’t exactly end the way I would have hoped, I had a really great time with my new uptown Grindr friend. He was a very down-to-earth, sexy man whose body I found irresistible. 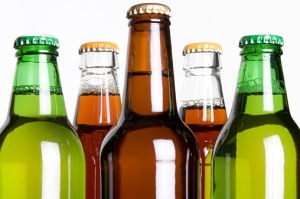 I made my way home on my motorcycle only to find my apartment full of my friends and my roommates’ friends. They apparently noticed my Irish exit, but I was shocked to find none of them texted me to find out where I’d gone. They didn’t seem to care much. They were all drunk and about to smoke.

I put my helmet in my room and joined in the fun. D pulled me aside and asked if I’d gone to hook up, and I didn’t lie. I nodded my head in agreement, and he said, “I knew it!” with a smile.

My roommate immediately mentioned breaking my glass planter that sits in the window, but failed to apologize for the act. She simply pushed it into a pile, plants and all, and left it there on the floor. After sitting in the room a solid ten minutes, my friend K announces, “Where’s [One Gay At A Time]?” I responded, “Really K! How many have you had!?” We all laughed.

The previous night, I talked to a guy on OKCupid who was quite an athlete. He seemed like a really fun guy, and I was anxious to meet him. We’d emailed a few times back and forth, and I learned he would be coming to Hoboken for the festivities in the evening. Ironically enough, he would be in the apartment across the street. The same apartment my roommate and I scoped out on numerous occasions, noticing a gay couple lives there. I texted him to see if he was there, but he told me he decided to stay home after not feeling well. 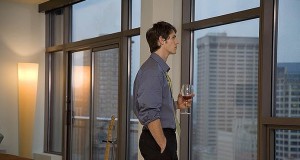 This, of course turned my attention to the apartment across the way. My roommate and I had scoped out this apartment many times starting on New Year’s Eve when we presumed two mo’s lived there. This night, they were having a party. We noticed many men, and we tried to make a sign with a sharpie and the inside of a paper bag. It was no use. Anyone’s attention that was looking out the window was drawn to our neighbors upstairs. They too were having a raucous party.

I decided to use technology to find a way to make friends with the mo’s across the street. I pulled up Grindr and tried to find anyone very close. When I finally got in touch with someone nearby and asked him if they were at that address, I came to learn that person had left the party already. I made many more futile attempts to reach out to the party. A few of us watched with curiosity when people moved into the bedroom, but nothing exciting happened. Our front window became a version of “Rear Window.”

When I grew tired of my new entertainment, I made my way to bed. It was a long day, but a fun day. I was beat.

The next day, I returned the favor of a friend for helping me move. I rode my motorcycle over to his new apartment and dug in moving bags and boxes. When we drove to his old place, I realized we were in the same neighborhood as Indiana Jones lived. I pulled out my phone and texted him to see if he was around. It’d been months since I last saw him, and I was anxious to see him again. We were due for a catch-up. I didn’t hear back from him that day, but I wouldn’t give up at that.

FraI already started my morning off with a little frisky visit and some well appreciated service. It was time to join the real festivities. 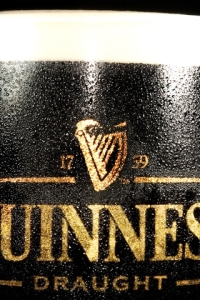 I walked out into my kitchen to find my roommate with all her college friends and my other roommate with his girlfriend. I thought I pulled a fast one on all of them sneaking my visitor in the back door, but I was wrong. My male roommate saw him come in.  He and his girlfriend questioned me on it, and I was completely honest with what happened. They were fascinated by how transactional it was. They couldn’t believe it, and his girl gave me a high-five.

I celebrated myself with a nice cold beer from the fridge. It was already 1:00 and I was well behind the rest of Hoboken. Before I finished my shower, I had four down. That would be enough to scratch the surface.

I got dressed and convinced my roommate and his girlfriend to come with me to a friend’s apartment. She was having her annual St. Patty’s Day bash. I was meeting D and K there as well. I was happy D was going to be in town. Since his car got a flat, he wouldn’t be visiting his girlfriend in Philly.

When I got there, the party was already well underway. I sat on the arm of the couch and conversed with my friends. I just took in the scene. For some reason, I wasn’t really feeling St. Patty’s Day this year like years passed.  I didn’t feel the need to get sloppy drunk.

Of course, since my bladder has shrunk since college, I had to go to the bathroom. Since I was somewhat bored at the party, I was chatting with a sexy man I’d been chatting with for some time on Grindr. We’d talked about getting together so many times, but never did. Things were getting very flirtatious and leading toward an afternoon hookup. When I went to the bathroom, he suggested I come over. I took the opportunity to sneak out the door when I finished in the restroom instead of returning to the party. I’m sure it was just a matter of time before my friends realized I’d gone, but it wouldn’t be immediate. 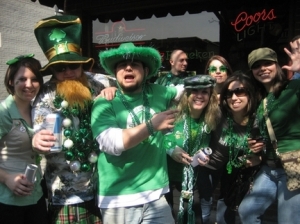 I wasn’t even slightly drunk. I’d been anxious to see this guy for some time. I wasn’t about to let the opportunity pass. I quickly walked home, grabbed my helmet, hopped on my motorcycle and sped off uptown. Before I left the party, my Grindr friend asked me how I felt about glory holes. I told him I’d never used one before. When he sent me a picture of a sheet with a hole cut in it and a caption reading, “How would you feel about this?” I became excited. He told me he’d leave the door unlocked. I was to walk in, come to the sheet, unzip and let him take care of the rest.

Warning: The following may be too graphic for some. As I entered, I noticed how nice his place was.  I was a little shocked. I walked straight to the sheet hanging in the bathroom door. I hadn’t even fully unzipped before he reached his hand around the sheet and began. It felt amazing! He continued for some time before I reached my hand around the sheet and began to stroke the back of his head. I could feel him, but I couldn’t see him. Finally, my curiosity got the best of me, and I just pushed the sheet to the side. I wanted to see him. He was very attractive in his pictures and even more so in person. On top of that, the only thing he was wearing was work boots.

After a little more time, he turned around and I began grinding myself against his backside. He was extremely hot and he knew how to use his body. I reached around and used my hand to pleasure him as well. He was VERY gifted. I hadn’t felt one like that since my friend in San Francisco.

He then requested we move things to the couch. I sat down, and he straddled my lap. It didn’t take long before he finished all over my chest and without warning. I had no idea it was coming. I tried to finish as well, but it was no use. Between my morning visit and the few beers I had, I sat there for quite some time without climaxing. He was so hot and he tried everything to help me finish, but it was no use. I gave up and apologized. I could tell he was very disappointed. He blamed the drinking, and I concurred that was to fault. 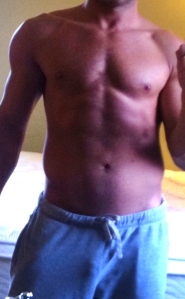 As he stood in front of me, I took all of him in. He had a spectacular body, and I let him know it. I asked him about his workout routine, and he told me he didn’t since his heart attack. He elaborated and told me it was no big deal, but I was a little worried. I could only think of him keeling over in front of me.

We chatted a little bit more while I got dressed and looked around a bit. He told me he had a roommate, but he wasn’t home. Something didn’t quite line up, but for some reason, I was buying the story. While we chatted, he stood in front of me in just his boots with his large gifts swinging back and forth. He was very proud of them as well. He put sweatpants on so he could walk the dog, and I could see his large bulge. I commented on it, and he commented how he loved how people would check it out, especially the guys with their girlfriends. I was so turned on. I also learned he managed a bar in the city, and he told me I should hit it up sometime.

We talked about meeting up again sometime soon. We both thought the other was thoroughly sexy and wanted a repeat. He was particularly looking for a sequel since he didn’t get a happy ending from our first encounter.