Membership Has Its Privileges: Cuddle Up to Free HowAboutWe Dates for Couples

This time of year, every night out on the town feels a little extra special. It’s Christmas time in NYC, and what better time to take advantage of all the city has to offer for date night.

Recently, I was approached by HowAboutWe, a subscription service designed specifically for couples, to try out their services. I’d heard the name before, but I had no idea what it was I was being offered. I went online to investigate further, and I was blown away by the opportunity before me. HowAboutWe had the direct line to some of the best dates out there. As I dove deeper into the site, I discovered that each month, CK and I would receive a new “DateBook” — filled with pre-planned, one-of-a-kind experiences here in NYC. These weren’t just ordinary dates — Broadway shows, dinner for two, cooking classes, driving experiences… The list went on and on. And, that’s just December.

For our first HowAboutWe date, CK and I chose “In Due Course,” including a four-course dinner for two at celebrity chef Todd English’s restaurant Olives at the W in Union Square. The date was purely magical. CK and I sat down at a very cozy table for two in the corner. Our every need was attended to by the amazing wait staff who brought us a delectable meal consisting of 2 glasses of Prosecco, a crab toast appetizer, Rabbit Tagliatelle, 2 glasses of wine, Branzino A La Plancha, and the coup de grâce — Warm Chocolate Pudding Cake. Everything we ate and drank was spectacular. And, HowAboutWe took care of everything from the reservation all the way down to the tax and tip on our bill. It was utterly seamless. 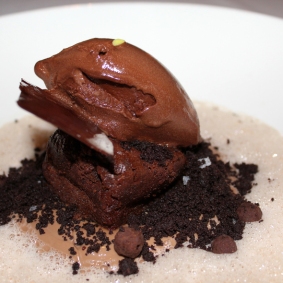 At $22/month, HowAboutWe for Couples membership gets you so much: FREE HowAboutWe Dates — every month, sold-out tickets and members-only events, early booking on HowAboutWe Dates, up to 75% off other HowAboutWe Dates, and rewards (like buy one get one free tickets on Fandango). I challenge you to find a deal better than that! I for one will continue to go back to HowAboutWe time and time again for amazing dates and opportunities.

It’s tough balancing the working and dating worlds. Anytime someone can take a little bit of the work out of either, I’m all in! They get how busy I am. That’s why most dates are flexible and can be scheduled whenever I decide, except however, some are one-time-only scheduled events, like performances or special excursions. But, who wouldn’t rearrange their schedule for those experiences!?

On top of that, this isn’t marriage— No big scary commitment. You can pause or cancel at any time. And, dates on HowAboutWe for Couples can also be purchased as a non-Member, without the Member discount and other benefits of course.

I highly encourage you to at the very least check it out by clicking the logo here. TRUST ME! You won’t regret it!

Smiles and I made plans over the Christmas break to share a home-cooked meal my first full night back in town. I was greatly looking forward to it after not seeing him for a week. We’d spent a week apart before, but not over Christmas. Something about it made it tougher for me to get through. 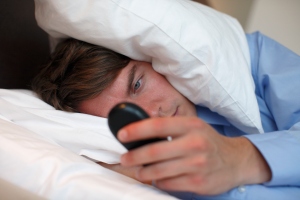 That morning, Smiles sent me a text. He was wishing me luck on my first day back in the office after being away for some time. It was a truly sweet gesture considering how out of character this was for him. Since I left him, he was showering me with attention I didn’t normally receive. I attribute this to our conversation the night before I dropped him at the airport. That was just my assumption, but the only other factor that changed was spending time apart.

Out of the blue, in the middle of the afternoon, he picked up the phone and called me. I’d told him I had to go to the office that week, but there was little chance I would actually be working, so I guess he felt I’d have the free time to chat. It was a very welcomed distraction from my Facebook status perusal and email correspondences. 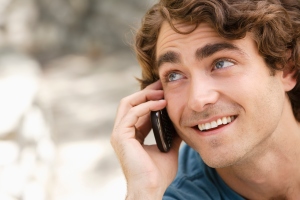 He called out of boredom. He couldn’t seem to motivate himself to work. He was still in vacation mode from being away. “My head is still at the beach,” he added. I told him there was no need to dive back into everything unless it was urgent. We all have lazy days. Why not ease back into the workload?

Before Christmas, I bought two cashmere hats from Bonobos. Smiles had mentioned interest in similar hats. I bought them just in case we made a last-minute decision to exchange presents. I could ship them back free of charge and Smiles would be none the wiser, but that seemed like a waste. I got a great deal on them considering how much he paid for the last one he purchased, so I decided I was going to ask if he wanted them. It wouldn’t be a gift — I would just be facilitating the deal. 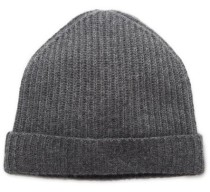 “Are you still interested in cashmere hats, and what is your price point?” I asked. He told me anything under $80 each, which was $20 more than what I paid for them. I decided I was going to show him the hats and come clean about how I came to purchase them. I was worried I would look anxious in his eyes, but since we had our talk about where we were, I decided I needed to start being more of myself. It’s very much like me to do something slightly awkward and come clean about it. I’m very honest when it comes to things like that, shame or no shame. If he didn’t like it, then he didn’t like me.

That night after work, he came over. He texted me as he was getting on the PATH. When I didn’t hear from him for over a half hour, I tried calling and texting. I was getting no response. I wasn’t sure what happened, but I was hoping the meal wouldn’t be overdone waiting for him. Finally, he told me he’d arrived in Hoboken. When he got to my apartment, he told me he’d gotten on the wrong PATH train and ended up in Jersey City. He had to switch over and come back towards Hoboken. 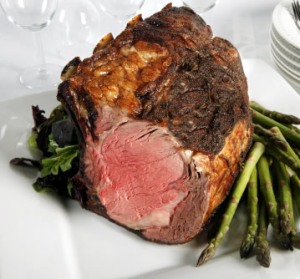 I filled plates for the two of us, and we sat on the couch to eat dinner while we watched TV. Smiles loved the meal. He said it was cooked perfectly and everything was delicious. I was very proud and thrilled with how much he enjoyed it. One thing I love to do is cook for a man, especially when I get such rave reviews.

While we watched TV, my attention was constantly stolen by the reflection of headlights on the windows across the street. He kept asking what I was looking at, and when I told him, he poked fun at my inability to keep my attention fixed. We had a good laugh about it.

Smiles asked if I had any ice cream to finish our meal (you know him and his sweet tooth). I didn’t have any. We had two options. We could venture back out into the cold to pick up a pint, or we could settle for a variety of candy I had stashed in my room. He settled on the candy.

After dinner, we moved things into the bedroom. I was anxious to hop into bed with Smiles, just to feel his body against mine. I didn’t even care if it involved sex. I just wanted to be close to him. But, before we hopped into bed, I decided to bite the bullet on the hats. I explained, and he decided he wanted to keep the gray hat and have me return the black since he already had one. He gave me cash, and the transaction was complete. I was glad I didn’t just send the hats back without consulting him as many of my friends suggested (I have a habit of doing what I want even against my friends’ better judgment). 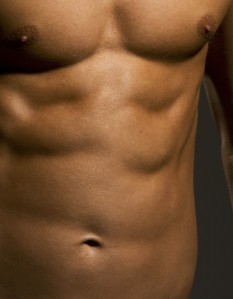 We laid in bed and exchanged random stories. We discussed how he was healing after his appendectomy. Like I said before, I was going to start being myself, so I told him the ridiculous story about my belly button. For some unknown reason, when I was in college and I got drunk, I would encourage my friends to feel my belly button. I was a swimmer so I had a flat stomach, and when I got drunk, I like the way it felt (maybe the beer pushed it out a bit). I insisted it was incredibly sexy and even took some of my friends’ finger and guided it to my belly button. I also proceeded to tell him about the time my belly button was handpicked as the body shot glass for a bachelorette party when I was in Key West. “ ‘Wow! You have the Grand Canyon of belly buttons!’ one girl shouted,” I told him. He laughed and looked at me like I was from another planet as he examined my belly button.

The rest of the night was more of the same — Lots of cuddling and chatter, but no sex. I was fine with this, as I was just happy to have him in my bed. We both brushed our teeth and climbed under the covers. I was going to bed a happy man that night, and I was looking forward to waking in the morning to a sexy man in bed next to me.