No Day at the Beach

Before going to bed Friday night, CK and I made plans to go to the beach the following day. The weather was supposed to be gorgeous, and I hadn’t made it to the beach yet this year. I was very excited to go, but I also knew it would be a bit up an uphill struggle to get CK and his friends coordinated for a train ride to the beach in a timely manner. 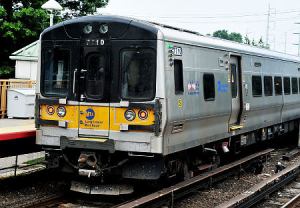 We spent the night at his place thinking it would cut down on commute time in the morning. I was already packed and ready to go the night before because I had to bring all my things into the city in anticipation of going. My plan was to wake up, shower and go. That plan would not come to fruition. It was very difficult not only getting CK out of bed, but also getting him to move once I got him up. We ended up leaving his apartment late and came to the realization we would not make the train we originally planned. It also didn’t help that I told his two friends to meet us on the wrong corner, but when we tried to reach both of them, neither picked up their phones.

When we finally all gathered, we realized we’d have to take the next train in 45 min. I felt bad because I knew how much of a stickler for time one of CK’s friends was. I bought our tickets, and we decided to find a nearby spot to grab breakfast. One of his friends offered to pay for mine since I bought the tickets. I found it ironic because he was normally he was also a stickler for numbers when it came to payments, and I didn’t see how he would be buying me $30 worth of breakfast. However, I didn’t say anything because I didn’t want to make it a thing.

We finished our breakfast and made our way to the train. The four of us found seats and relaxed for the ride out there. It was then I noticed, only by contrast, how affectionate CK and I were. 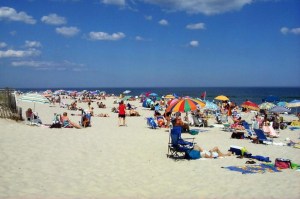 When we got to Long Beach, we made a pit stop at Starbucks and a drugstore to buy beach tickets before heading to the sand. We met up with my sister and one of my previous female roommates. I introduced everyone and we laid out in the sun. CK and one of his friends had square-cut suits on, and his other friend and I had on short board shorts. Because of this, I wonder if my sister was slightly uncomfortable. This wasn’t something she was used to. Periodically, I would wear my square-cut bathing suit from my days of college swimming, but I didn’t walk around in it. I only laid out in the sun in it, and this still brought comments from her. I bring this up because she basically didn’t talk to the four of us the entire day. She’s a little antisocial by nature, but never quite to this extent.

We had a nice relaxing day, taking pictures and making videos in the sun. When CK and I got bored, I decided to try to teach him paddle ball. I always liked playing because I get beach ADD. While we were playing, dark clouds started to roll in. We weren’t at the beach three hours when the other two guys were ready to go home. I don’t think they liked the scene because it wasn’t “gay enough” for them. On top of this, my sister wasn’t exactly chatting them up while CK and I played. We were summoned back to the blanket so we could pack up and head home. I felt it was a bit of a waste of a day, but I these were CK’s friends. I didn’t want to make a bad impression by disagreeing with their plans.

We found a bar so some of the group could use the facilities. While we waited, I ordered myself, CK and one of his friends a drink. When we finished, we made our way back to the train station. When we got back to the city, we split ways. I felt there was a bit of tension in the air, but I couldn’t put my finger on it. So, when the time came to split, it felt like a bit of relief. Had I done something wrong? Did his friend simply not like me? Who knew?

On the walk back to CK’s apartment, we stopped in the comic book store. Just then, the sky opened up and started pouring. At least we were indoors, so we poked around the comic book store until the storm lifted. We grabbed a slice of pizza to share to hold us over for dinner, we showered, and we had sex.

After laying in his bed most of the evening, the time came for us to head back to Hoboken to grab dinner. I had a Groupon I planned to use up. This was our new economical way of going out to dinner on a budget. It was around 10:30, so I called the place to make sure they were still serving dinner. We made our way back to the train to Hoboken to spend the rest of the night…

This entry was posted on July 6, 2012, 10:00 AM and is filed under Gay Dating. You can follow any responses to this entry through RSS 2.0. You can leave a response, or trackback from your own site.