The Game of Phones

Early in my relationship with CK, I was introduced to two of his friends in line at the movies. They were dating each other, and had been CK’s friends for some time. He had a small ensemble of friends compared to my rather sizable pack, so I knew each of them was precious to him. I was nervous to meet them the first time, and following that night, I didn’t quite feel I’d made the cut. I’d seen them twice since then — on the day we took CK’s mother out for mother’s day, but we were in a large group. I couldn’t quite gauge how they felt about me. The other time was to see Battleship, and I had very limited contact with them that night. 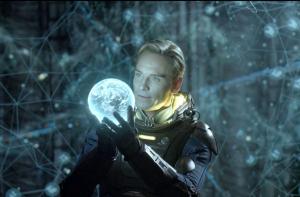 As you know, I’m a Groupon/Living Social fiend. When CK asked if I wanted to go, I asked him to tell his friend to hold off on buying our tickets because I had a Fandango gift certificate I purchased through Living Social. It was commonplace for his friend to purchase our tickets as well as his own, and while this gesture is very nice and greatly appreciated, it offered the two of us little advantage. Once, we had to search the theater to find out who had them at “will call.” Another night, we were at dinner and had to ask for our entrees to be packaged up so we could make the movie in time. Had the tickets not been pre-purchased, we could have simply apologized for our lack of planning and told the happy couple to enjoy the movie without us. 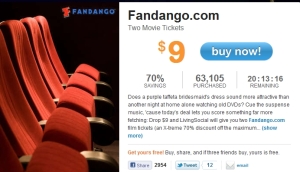 I attempted to use the gift certificate, but it expired. I wasn’t about to ask his friend to purchase our tickets at this point after already telling him not to. I took care of it myself. All of this transpired over text, and when the purchase was finalized, I told CK I got our tickets.

The day of the movie, we arrived at his friends’ apartment slightly behind schedule. It’s rare CK and I can get anywhere on time. I learned early on, as I was told by CK’s friends, “There is normal time, there is Cuban Standard Time and there is [CK] Standard Time.” As a result, CK’s friend was already in a less than chipper mood. We quickly flagged down a cab to the theater to try to get there in time to get decent seats. As soon as we entered the theater, I made a beeline to the ticket kiosk. I swiped my card and the machine dispensed two tickets. At this point, CK’s friend spoke up and said, “Wait. You didn’t get our tickets?!” I explained to him how I told CK to tell him to hold off on purchasing our tickets, not all the tickets. He was fuming. I told him to see if it was sold out, and indeed it was. I was mortified. I know I did nothing wrong, and it was a miscommunication, however, I felt horrible. I immediately told his friend to take our tickets. We would go see something else. He wanted none of it. He got into a tizzy and said they wouldn’t get good seats at this point anyway because we were so late. I insisted he take out tickets, and he said no and stormed off.

At that point, my guilt was lifted. As I said, I did nothing wrong, but for him to respond to me in that way after an honest mistake on all our parts was totally uncalled for. At this point, it was safe to say his opinion of me was no longer in limbo; it was in the sh*tter. As a result, I was p*ssed! Why was he holding this against me? CK was the one who told him to hold off. After speaking to CK, he didn’t expect me to have all four tickets. He was under the same assumption I was about our two tickets. I was already walking on egg shells around this friend, but now I didn’t know how to act around him. We both agreed, from then on out, we would always take care of our own tickets and no one else’s.

CK and I found two seats and watched the movie with ample time to get popcorn and soda from good seats. We both enjoyed the movie, but I left with a bad taste in my mouth from the whole experience. I didn’t understand why all the hostility was being directed at me. Yes, I was a part of it, but I certainly wasn’t the entire problem. With that, I let it go. There was no use in me harping on it. It happened, I apologized, and it was time to move on.

After the movie, we went back to CK’s apartment. I was still a little stressed and still feeling a little fat, so I asked CK if he minded if I went for a quick run. He was cool with it, so off I went for fifteen minutes. When I returned, we showered and attempted to find a place for dinner. 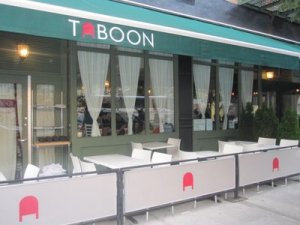 We managed to find a place very close to his apartment. We’d eyed Taboon every time we passed, so we decided to finally give it a shot. The food was excellent, the service was superb, and the company was impeccable. It was the perfect way to end a weekend. I couldn’t think of a better place to finish my Sunday night than a romantic dinner with my man close to “home.” We shared a great meal and great conversation throughout dinner, and when it was over, we walked back to his apartment.

As our lives were blending, I was still finding pitfalls, however, I feel I was navigating them pretty damn well. The movie incident could have gone much smoother, but mistakes happen and life goes on. In the end, it was a movie, but as I would learn later, it was so much more…