If having to work on a Sunday isn’t bad enough, following a night of heavy drinking only makes things worse. My coworkers noticed my less than human state and offered to get me things to ease my pain, but I explained I just wanted to finish work and go back to bed.

The day was long and arduous. Many of my coworkers were dragging their feet, and it was all I could do to light a fire under their asses. I was trying to be as time efficient as possible, but it was no use unless everyone else was onboard.

When I didn’t think my day could get any worse, my mother called to tell me my grandfather passed away. I was expecting the news, but I had no idea when the call would come. He had very advanced cancer, so it was only a matter of time. I know he was more than ready to go, at times basically asking the hospital to give him the “black pill,” but no one likes to see a loved one go.

I soldiered on through my day not mentioning it to anyone until I was about to leave. I needed to tell my boss I would out at the end of the week to go home for the funeral. He was very sympathetic and supportive.

Really, after such a long day at the office, I wanted nothing more than to see Smiles. He could make me happy, no matter what physical state I was in. I hadn’t seen him since Friday night, and I didn’t get to spend the night in his apartment. I was itching for more time with him.

When I was nearing the end of my workday, I texted Smiles to ask him if he wanted to grab dinner. After some time passed, he responded apologizing, “Ah shoot! Just seeing this now. I ordered pizza and I’m starring at the mess I have to clean up here.” I was a little disappointed, but I wasn’t giving up that easily.

“Mind a little company for an hour or so? Not going to be around this week really…” I texted. We had a very big pitch coming up that week, and I knew I would be working late most nights. This was my last stitch effort to see him for a while. He replied, “Come eat this pizza and hang out. It’s not like the mess is going to get any worse.”

This was my first time venturing to his apartment. I knew the general neighborhood, but not the exact location. After work, I took a cab to his apartment. I was very excited to see him and happy I was finally getting the invite to his place, even if I had to invite myself.

His apartment was not what I expected other than the mess he was describing. He was in the process of moving and office worth of things into a storage unit. I didn’t care about any of that. I just wanted to cuddle up next to him in bed.

He offered me pizza, but I explained I already ate. He suggested we watch a movie, and I agreed. We went into his bedroom and chatted while he picked a movie. I told him about my grandfather, and he lent me his sympathetic ear. We’d already talked about how he was ready to go when we discussed religion at his birthday lunch, so he was already quite versed in the situation. 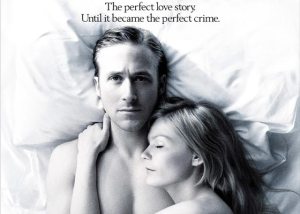 In the meantime, he selected All Good Things while I snuggled up next to him. I have a thing with constantly petting guys I date. I don’t know why, but I just crave the physical connection. I was constantly stroking him gently with my finger tips throughout the movie, switching my hand positions periodically. It was all I could do to refrain from jumping his bones. It wasn’t the most romantic movie of the year, but I’d already seen it and had sex on the brain. It’d been a while since we last had sex, and I wanted more.

Sadly, that wouldn’t happen once again. When the movie ended, it was 11:00pm. He gently hinted at my departure, even going to the bathroom to brush his teeth. Yet another sexless night. I was really beginning to wonder why he didn’t want to have sex with me. I wondered if it was my issues coming between us or if he wasn’t attracted to me. He never gave me any compliments about my body even thought I made a point of complimenting his. Maybe he just didn’t find me attractive.

Regardless, I gave him a kiss goodnight and walked all the way back to the PATH station to head back to Hoboken. The whole walk, thoughts flew through my head like lightning. I was hurt and worried. Hard to admit, but I almost wanted to cry.

That wouldn’t be the worst part of my night however. In the middle of the night I was woken by violent stomach cramps. I ran to the bathroom and destroyed my toilet. At times, I had to debate which end was more priority to face the toilet. I got almost no sleep and had a full day of work ahead of me. There was no way I could take a sick day.

In the morning I was greeted with a text from Smiles: “Maybe a stomach flu? Up all night with cramps and still hurting 😦 .” I finally nailed the source. I caught some bug from him. “I shared your pain! Still sharing… Was trying to figure out what I could have eaten yesterday… And I have to work all day today… 😦 ,” I responded. To which he replied, “This is the worst!”

Karma was coming back at me something fierce. I don’t know who I p*ssed off royally to deserve such a bad weekend, but the only thing keeping me going was it couldn’t get any worse than it already was.

This entry was posted on November 28, 2011, 10:00 AM and is filed under Gay Dating. You can follow any responses to this entry through RSS 2.0. You can leave a response, or trackback from your own site.