Dinner and a Stroll Along the River

Following my great date with Smiles, I couldn’t get enough. I relished every phone call, every text, every moment I spent with him. I suppose you could say, I was gaga. 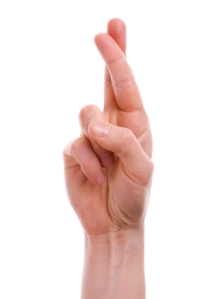 Is Smiles the greatest guy out there? Is he the best guy out there for me? Who knows. I don’t know him well enough to make that assumption. However, my appetite was wet, and I wasn’t satiated. He is a really great guy, and possess a lot of the qualities I seek in a man. I was cautiously optimistic — Fingers crossed.

After our last date, I texted, “Had a great time last night btw :)” He responded, “Me too!” That being said, I asked him out once again. The following day, I said, “So… When do I get to see you again?” He proposed Tuesday night. I was a little surprised. I was waiting to hear Wednesday night, since he invited me to his birthday that night. I was thrilled he was interested in seeing me two days in-a-row. I was just hoping he would confirm for me once again he wanted me at his birthday celebration and wasn’t having second thoughts.

I had been apartment hunting, so when I found one, I sent him a picture. That was followed shortly after by a sexy picture of me I took last summer on vacation in California (you’ll recognize part of the picture in my Gravatar on the right). I thought I’d spice things up a little, especially since I promised him I would send the picture. He responded, “That’s way better than an apt pic!” I said, “I thought you’d appreciate…” However, he didn’t believe me when I told him I took the picture with the timer on the camera. He thought someone else took it until I went on to explain the entire situation. “You’re committed to this, huh? LOL. Good for you. Strong work,” he said.

When Tuesday arrived, I asked him if we were still on for that evening. He responded, “Yep. Barring a trip to the hospital for stitches after I punch my computer for not working and wasting my time today.” At the end of the day, he added, “I’ve calmed a bit, looking forward to seeing you. What time are you off? You don’t happen to have running shoes with you? I feel like I need a run, LOL.” After discussing my lack of running equipment, we decided on dinner at his favorite restaurant, Extra Virgin.

We grabbed a table outside the restaurant. It was that time of year right before it’s not too cold to sit outside, but it’s also not quite warm enough to be completely comfortable. We ordered our food and immediately dove into conversation. We talked about our days and what was new in our lives.

He told me he and a friend were going to a shaman to try Ayawaska (a Peruvian root similar to Peyote) for the first time. He explained the setting in a yoga studio and how it works. I was fascinated. I’m certainly not the type to be open to drug abuse, but recreationally or experimentally, I have an open mind, especially if it happens under close supervision. The point was to relax and open you mind. Many people use it to communicate with God/the spirits in a trippy way. There was slight reservation/worry in the back of my mind regarding the whole thing, but he is an adult. I knew he’d be safe.

We ate our meals (I don’t recommend the chicken pot pie at Extra Virgin, but everything else I’ve had is spectacular) and continued our conversation. 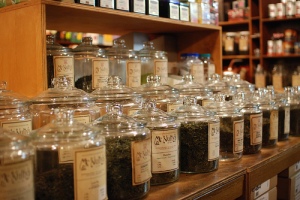 Smiles likes to order deserts when we go out. Going out to dinner is already putting a dent in my wallet that normally isn’t there. I cook in my apartment far more often than I dine out. Since I started seeing him, I was going out a lot more often for dinner. Not only that, it wasn’t exactly helping my waistline. It’s amazing how easy it is to put on pounds when you aren’t afraid of people seeing you in a bathing suit anymore.

Instead of getting desert, he suggested we go to this tea shop, McNulty’s and then grab desert elsewhere. He was looking for a specific tea, so I called the shop to make sure they were still open.

After the tea shop, we hit up a gelato place, L’Arte De Gelato. We took out gelato and walked down Christopher Street to the pier. We had a nice stroll along the pier holding hands. I pointed out a few things on the Jersey side, such as the pier I normally hit up in the summer looking back the other way. We chatted a bit at the end of the pier. I was hoping maybe for a little make out session or some hugging, but I didn’t get the feeling he was interested in that. I don’t think he noticed, but when I went to reach for his hand, that’s the exact moment he lifted it from the railing and turned around to head back to the Christopher Street PATH station. I wondered in the back of my head why he never invited me to come back to his apartment, especially since I knew we were in the neighborhood. But, I also know I needed to take it a little slower. I had a tendency to rush things, and I needed to break that habit.

When we reached the PATH station, we hugged, and I gave him a kiss goodnight. I was happy to get to see him again, and I was cautiously looking forward to his birthday the following night. It was an awkward challenge for me, but I knew I was up for it. Birthdays are always interesting situations, especially when you’re the new addition to the crowd, but something told me I’d be alright.

This entry was posted on November 7, 2011, 10:00 AM and is filed under Gay Dating. You can follow any responses to this entry through RSS 2.0. You can leave a response, or trackback from your own site.