After I had unprotected sex with San Francisco, I came home and marched myself straight to the local clinic for the free OraSure HIV test. I couldn’t believe how quick, easy and painless the process was. And, I had the results in twenty minutes — There was no waiting around worrying. 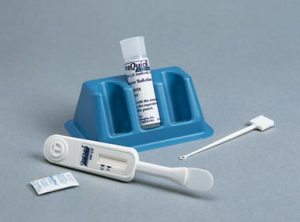 After that, I made a promise to myself to get tested on a regular basis. It didn’t matter if I was having unprotected sex or not, I wanted to get into a routine. I entered a new world when I came out, and that new world comes with different risks. I needed to do everything I could to protect not only myself, but also others I come in contact with.

I marked my calendar back then for six months later. That day arrived, and I went back to the same clinic. When they called my name, I went into the back room and sat with the woman who administered my first test. I didn’t have any reason to be worried, but I was still nervous and anxious. She asked me what brought me in to the clinic that day for the test. I explained to her I had unprotected sex six months ago, and I came in to get tested to make sure I was still negative. I told her I wanted to make it a regular habit to get tested, so I was back again six months later. 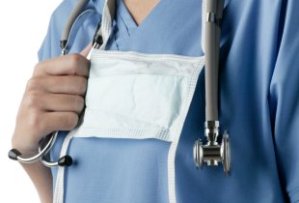 That’s when she started to scold me. She said, “That’s not what this test is meant for. Part of the reason we give this test is also educational. If you are having unprotected sex, then the test is warranted, but you shouldn’t be having unprotected sex, especially with people you are unsure of their status. You may be having unprotected oral sex, but again, part of this program is we educate you about the consequences of that. Unless you have an open cut in your mouth, you don’t need the test.” She went on and on almost berating me for coming in to know my status. I explained to her while “I’m having protected sex, you can never be 100% sure of anyone else’s status at any given time, even if you are in a committed relationship. I wanted to start a routine of testing for my own peace-of-mind.”

I was flabbergasted. She was harassing me for being overly cautious. I was having protected penetration sex, but no one has protected oral sex these days. What’s the point. Let’s be realistic here. And, who monitors open cuts in their mouth on a daily basis. Maybe I brushed my tongue a little too rough that day. That’s not going to be top of mind when I’m getting physical with a man. 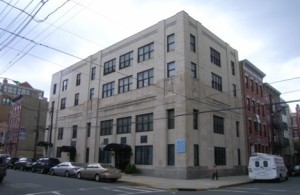 I couldn’t believe she was giving me a hard time for going above and beyond the norm. If I told her I had unprotected sex a year ago and just decided to come in, she had every right to educate me on my shortcomings, but I felt very insulted she was telling me I was wrong for being sure of my status.

Twenty minutes later, she came out to the waiting room and brought me back into the testing room. She told me my status was negative and asked if I would like a copy of the paperwork. I graciously accepted and went on with my day.

When I told friends what happened, they were shocked. I arrived at work and told coworkers about what happened, and they couldn’t believe it. My coworkers and I had actually been working on trying to win business from the company who administers the test, so we are all very versed in the product and its benefits. Many of my straight coworkers were interested in getting tested following the pitch just because it was so easy and convenient. Everyone should know his or her status — After all, knowing is love.

I could understand if the woman gave me a hard time on a financial basis. If she told me the free test was meant for those less fortunate who couldn’t afford it or felt strongly they needed the test due to exposure to and HIV positive individual, I would have understood. That wasn’t the case. She wasn’t telling me I didn’t need a free test. She was telling me I didn’t need the test at all. I felt she was doing people a disservice if this is her policy with all those who came in for routine testing. Peace-of-mind is a wonderful thing, and no one should be denied that. I had mine for the next six months, but I would certainly have to find a new location to have the test administered six months from now.

This entry was posted on November 1, 2011, 10:00 AM and is filed under Gay Dating. You can follow any responses to this entry through RSS 2.0. You can leave a response, or trackback from your own site.