My apologies. After a short hiatus, I’m back…

In the days following my date with Smiles, I was very happy. I felt I finally met a guy I was really interested in who was genuinely interested in me. The possibilities seemed endless.

That being said, we weren’t dating yet — Not even in my warped head. There was no reason why I shouldn’t still be seeing other guys. Before I met Smiles, there were a few guys I was trying to set up dates with while I was building up the roster.

One in particular worked in a different part of town than I worked in. He was down in the financial district on Wall Street working as a consultant. While New York City isn’t exactly long distance dating, I definitely have a predilection for guys who live/work near where I live and work. It just makes it more convenient to see each other.

If you recall, my only real relationship that had two legs to stand on was with Broadway, and we rarely saw each other outside the bedroom based on work schedules. I know myself well enough to know I need a guy who will be around and able to spend time with me.

That being said, this new guy wasn’t eliminated because he was a subway ride away. Like I always say, I’m an equal opportunity dater. I don’t discriminate, even based on location.

We finally found an evening to meet up for dinner after I was done work. When the day arrived, he had quite a busy schedule, but he was still able to step away from the office to grab a quick bite. He picked a restaurant near his office, Plein Sud. It was convenient for me because it was a few blocks away from the World Trade Center PATH station for me to scoot home. I arrived slightly early and waited for him to arrive. He was running a little behind. I didn’t mind because usually I am the one running late.

When he arrived, we went in and sat. It was a nice French restaurant. I was expecting something a little more casual, but I went with it.

We met on OKCupid. He checked out my profile and messaged me. We went back-and-forth a few times before deciding to try to meet up. We had an active lifestyle in common, so I was willing to meet him without first getting to know each other in-depth over the computer. I wanted to make sure we had plenty to talk about on the first date, even if it wasn’t going very well. 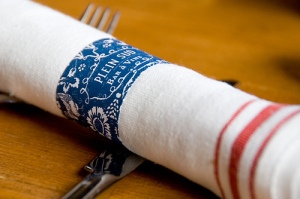 We sat and chatted a bit about our jobs. To be honest, I didn’t remember a whole lot about him, but he didn’t recall everything about me either. After discussing what we did to pay the bills, we moved on to where we grew up and where we went to school. He was from Mexico/Texas and still had a thick accent. We had quite a different upbringing and studied very different fields in college. He was a nice enough guy, but we didn’t share all that much in common after all. We talked shortly about what we do for fun before he asked the waiter for the check. Throughout the meal, he kept apologizing for having to make it so quick, but I understood he had to go back to work. There weren’t exactly fireworks between us, so he wasn’t preventing a good thing from continuing.

I can’t know what was going on in his head, but he seemed interested in me and asked if we could meet up again. I told him, “I’m sure we can work something out.” I knew in the back of my head I was never going to see this guy again. He was a nice guy, but I could already tell it would be laborious to find time to get together. Finding friends/lovers shouldn’t be that hard. 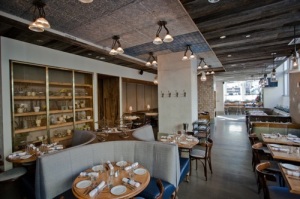 I said goodbye to him at the corner as he walked back to work, and I walked to the PATH.

I was okay the date didn’t go spectacularly. I had my sights set on Smiles. However, I know myself well enough, and I still needed a distraction so I wouldn’t smother him with attention. I continued to look to my roster for dates, but that’s also where The Principal came in. We continued to talk on the phone, text and chat. I needed an outlet, and we already had a budding relationship. I would continue to foster things with him while I investigated the furthering of a relationship with Smiles.

This entry was posted on October 31, 2011, 10:00 AM and is filed under Gay Dating. You can follow any responses to this entry through RSS 2.0. You can leave a response, or trackback from your own site.