On the ride home in the car form the Jersey Shore, I managed to schedule a date with another Grindr guy I had been talking to. He was very sexy, and I was excited to meet him, but I didn’t know a whole lot about him. He was very secretive and elusive.

He met me at the corner of his block. He looked different than his pictures. Not drastically, but not quite as attractive. Don’t get me wrong. Looks are not everything to me. I am willing to let things slide, but there has to be an upside. However, two minutes into the date, he turned to me and said, “By the way, I’m not 35. I’m 38. I told you that right?” I shrugged it off, but that was out of my age comfort zone. I don’t rule anyone out, but there comes a time when you don’t share a lot of things in common with someone based on the time in which they grew up. I wasn’t thrilled, but I wasn’t going to ditch him then and there. I was still a little intrigued.

He asked what I wanted to do, and I told him I was very laid back and would leave the choice up to him. It was his neighborhood. He suggested we take a walk over to the West Side since the sun was setting. It would be a nice time to take a walk.

About ten minutes into the date, I knew there was no future for us. He was originally from Cypress and had a thick accent after fifteen years in the United States. I had a very hard time understanding him as we walked along the West Side Highway. He must have had to repeat everything three times.

When we got to 14th street, I had the brilliant idea for us to check out the Highline. I hadn’t had the chance to see it yet, and he thought it was a great idea. We walked the entire thing awkwardly chatting away about random things. Most of the time he walked in front of me, not next to me, so I got a really bad vibe about the whole thing. 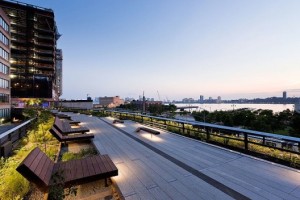 When we reached the top of the Highline at 30th street, we exited and tried to find a specific ice cream he had a hankering for. After seven different ice cream trucks, we gave up and decided to hit up Magnolia Bakery. He got banana pudding and I got the peanut butter pie. We walked some more while we ate our snack. When we were close to the PATH station, I told him I needed to get back to get ready for work the next day. The date was long and quite a waste of my time. I was too polite to cut out sooner, but I couldn’t take any more of it. We walked half the city, and I was ready to go home. 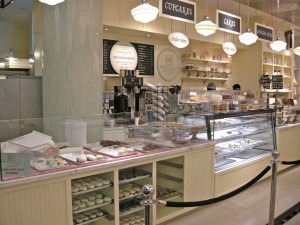 We said our goodbye and exchanged a hug. He told me he thought I was a good guy and wanted to see me again.

It was one of the most boring and platonic dates I’d been on. I had no interest in seeing him again. But I was polite and said, “Yea. We could probably do that.”

I walked away from this date wishing I had the last three hours of my life back. The only thing I got out of the date was exercise, but that was counteracted by the peanut butter pie I ate.

Of course I never called him again, but I did send him a polite text message saying, “It was nice meeting you.”

This entry was posted on August 11, 2011, 10:00 AM and is filed under Gay Dating. You can follow any responses to this entry through RSS 2.0. You can leave a response, or trackback from your own site.