Boston in the House

The next day, I did my best to forget the Grindr guy quickly. He was just a body I used, and the guilt I felt for using another human being like that was more than I could take. I disgusted myself. Not to mention what I did to N. I betrayed his trust. Something that is devastating to me, because if I’m nothing, I’m honest. I did exactly what I thought he did, and it didn’t make it any better. Just worse. 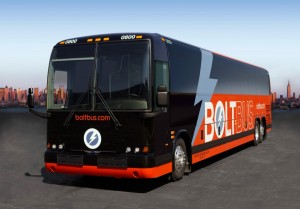 Much to my pleasure, Boston was visiting for the weekend. We planned it weeks prior and the day finally arrived. It just so happened we picked Pride Weekend in NYC for his visit. Perfect timing.

I left work at 2:00 to pick Boston up from Port Authority. However, his bus didn’t arrive for another two hours. I sat across the street at Schnipper’s Quality Kitchen reading the gay edition of the Village Voice. I found a lot of interesting articles to entertain myself while I waited. Especially the “Why I Hate Being Gay!” article. Once he arrived, we grabbed a quick lunch and hopped back on a bus to Hoboken.

That night, I planned an elaborate seafood dinner to welcome Boston and invited many of my friends, some of which he previously met in Miami. They too were excited to see him again. He’s just a good guy you always want to be around.

After he dropped his bags and got settled, Boston and I walked to the grocery store to get the few ingredients I needed to make the meal that night. I was going all out, with every kind of seafood I could think of. The night before I went to the store and bought so much seafood, the guy gave me a bunch of free things because I “just made his night” buying so much. He is a very nice older gentleman who I believe plays for my team. Boston was a really good friend who was always there for me when I needed an ear to talk off. I was going to treat him like a king while he visited. 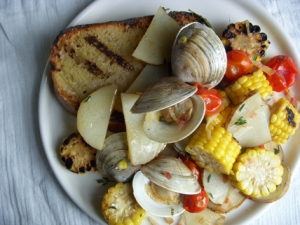 When we got back, we talked while I prepared the meal. People slowly started trickling in, and everyone pitched in to help. We were all having fun, and Boston was getting to know a few of my friends. One friend was absent, however. N was nowhere to be found. He knew that I was making this meal. I had been talking about it the entire week leading up to Boston’s visit. Where the hell was he?

Finally, I got ahold of him via text, and he told me he was still at the gym and would be missing dinner. He was going to come by later after he showered. I was a little disappointed in him. I wanted him to be there, and he knew it. We were already on shaky ground with everything that was happening, and this was just one more thing to fan the flames. I told him I would save him some if he was lucky. He said, “I’ll just grab something now, and snack on it after the bar later tonight.” That got me even more annoyed. I felt like I was being treated like a short order cook.

While we ate, the wine was flowing, and following dinner, the spirits were too. Everyone was pregaming before we went off to the bar. Finally, N arrived. We already decided on a bar. My favorite bar, McSwiggans. I’m treated like royalty there. I know every bartender, bounce, and manager, and they take GOOD care of me. Once we were all properly lubricated, we journeyed to the bar.

It was a good scene. Lots of people dancing and having fun, and because I’m well connected there, we didn’t have to wait in line. Some of my friends who were unable to make it to dinner were meeting us at the bar. One of my old roommates was already there with his friend having a blast. I introduced Boston to more of my friends, and we all had a blast.

N and I were particularly flirtatious that night. We had been to this bar together, but it is definitely a straight bar. We normally let our guard down there because we feel comfortable, but that night we were probably obvious. We did everything but kiss right in the middle of the crowd. I was having a good time with him. All the problems drifted away. I was also happy to have Boston finally come visit, and he was having a good time too.

Apparently, N forgot I told him Boston is gay. He began to tell me how perfect a match he would be for his roommate until I reminded him. Then, I think he started to crush on him a little, as well as my old roommate. He kept on talking about how attractive they both are and how perfect my old roommate would be for his roommate as well. He was “just her type.” I tried to brush off the fact that he was telling me how he was attracted to my friends. It was off-putting, but I assumed it was innocent. 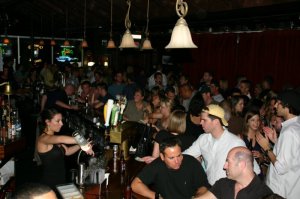 After some time, the three gay amigos started to bond. There was a very attractive guy who I had often seen at McSwiggans. We always made eye contact, but never spoke and never exchanged anything of substance. I always wondered which team he played for, and I expressed this to the two other gay men I was with. I felt bad for pointing this guy out in front of N, but he talked about the guys in the gym on a regular basis, so I didn’t feel that terrible. We all have terrible gaydar, but I thought our forces combined would be able to work it out. We couldn’t come to agreement, so we sent in the troops. Boston volunteered to walk past him on his way to the bathroom and cup his ass with his hand while he did. We would hypothesize his sexuality based on his reaction.

When Boston returned from the restrooms, he informed us how much of this guys ass he grasped. “I got a serious handful and a long feel. He didn’t budge an inch. I can’t decide what that means!” So, it would still remain a mystery.

The rest of the night was spent drinking a lot more and dancing our asses off. We had a blast. When the closing bell rang, Boston, N and myself walked back to my apartment. We hung out on the balcony for a while until I fell asleep on N’s shoulder. At that point, he tried to carry me to bed, but only woke me up. I walked to my bed while they walked to get slices of pizza. I immediately passed out again as soon as I hit the sheets. I only know N spent the night because he was in my bed the next morning…

This entry was posted on July 21, 2011, 10:00 AM and is filed under Gay Dating. You can follow any responses to this entry through RSS 2.0. You can leave a response, or trackback from your own site.