After a spectacular beginning of the weekend, the next day, we woke up around noon. Both of us were starving so I made pumpkin pancakes, eggs and bacon. After we housed that, we both plopped down on the couch to watch some TV. We had great aspirations for the day and hoped to be productive, but failed epically.

After we both fell asleep on each other, we woke and decided to walk to the grocery store to get ingredients to make dinner that night. We chatted on the walk there, and I can remember thinking to myself the whole time how I couldn’t believe neither of us was sick of the other. We pretty much just spent the past 48 hours at each other’s side, and we were both still very happy. 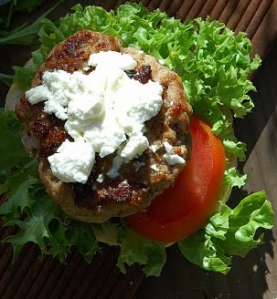 We picked up vegetables and feta and a few other ingredients. When we got back to the apartment, we relaxed a bit before I started to make dinner. I was preparing lamb burgers with feta and red onion served over lettuce instead of in a bun. We also cut up copious amounts of vegetables and grilled them in olive oil and spices. The meal was amazing. Everything tasted so fresh and delicious. While we ate we watched a movie. For desert, I made sauteed peaches with a small cake round and whipped cream. He was in heaven. He was regretting the calories of it all, but couldn’t get enough. I calmed him down by pointing out how healthy the meal actually was. 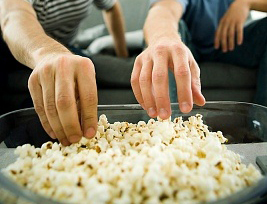 When we finished desert and the movie, we began fooling around on the couch. Then the time came to move things to my bed. We had yet another special night to top off one of the best weekends I’d ever spent with someone. I felt like I really got to know him over those few days and was hungry for more. We were moving at lightning speed, but it all just felt so right.

This entry was posted on July 1, 2011, 10:00 AM and is filed under Gay Dating. You can follow any responses to this entry through RSS 2.0. You can leave a response, or trackback from your own site.