Nothing to Fear But Fear Itself

It had arrived. Although this would be my third year “participating,” I was legitimately scared. I wasn’t sure why it was so scary, but honestly, I was petrified for so many reasons. 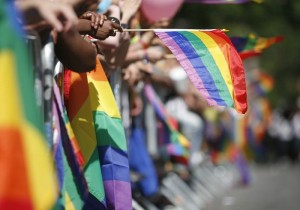 My first interaction with Pride Weekend was a mistake. I was making my way to Governor’s Island for a polo match with my family when we found ourselves “stuck” in the parade route. The following year was the first year I was out when the weekend came around. It wasn’t pleasant as I witnessed my relationship crumble before my eyes like an out-of-body experience. I missed the parade that year, but I got a sampling of the other aspects of the festivities.

My fear was grounded mainly in the unknown. While I am a gay man, I do not participate in the typical gay culture. I’ve never been a big fan of gay clubs and what goes on there. I come from a background of a traditional relationship. In the gay world, that is like finding a diamond in the rough. The clubs seem to be the antithesis of this. They are a hot-bed of drugs, promiscuity and raunchy behavior. I know all gay men who go to bars don’t fit into this stereotype, but this stereotype is founded in truth. While I’ve been to a handful of gay clubs, and my comfort level was rising, I still had no idea what to expect. Never before had I been to a circuit party. I was venturing into the abyss, and this caused me incredible anxiety.

While I have learned to let go of the men in my past, I still carry the scars of my relationship with them. They’ve all hurt or used me in some way, shape or form. My biggest fear in life is being alone, and this fear is fed by thoughts of cheating, which is birthed from my baggage. The idea of CK with another man broke my heart. I had clear definitions of cheating, but there were worse things floating through my imagination — Like cheating in a form I feel is unfaithful, but the offender does not.

My relationship with CK was building a great foundation, however, the cement was still wet. We were only dating two months and ten days — Very young for any relationship. In the first month, I had strong suspicions I wasn’t the only man entering his bed. Things didn’t always line up and some of the clear indications were there, however, our relationship was still just forming. I knew there would be a transition period. While he told me he was only interested in me, and I was the only man entering his bed, I was aware how we met. I was also aware of his intentions before we even met through his first major slip-up on Grindr. I couldn’t expect monogamy from the first night — That wasn’t realistic.

While I was fairly understanding and looked the other way early on, I was not going to tolerate infidelity as our relationship progressed and strengthened. For starters, my heart wouldn’t be able to handle the pain, and lastly, it wasn’t safe for my health. I needed to trust him to be faithful. Outside the heartbreak, frankly, we were having unprotected sex. We’d been tested, but there are no guarantees. I trusted him with my life, literally, and if he was sleeping with other men, he was treating my life carelessly.

I sincerely had a feeling his intentions had evolved, but I couldn’t be sure how he would react when faced with temptation. I hoped I was the only man for him. As a result, I was petrified for the life of our relationship. I’d watched my relationship with N publicly combust the previous year, and I didn’t want a repeat.

We had plans to go to a huge party at XL Friday night, Matinée circuit party Saturday, and the parade Sunday afternoon. I was venturing into this unknown abyss with faith and hope I could persevere. The thought of CK dropping X and losing control of his inhibitions with some other guy caused me great pain and panic attacks. The idea of another man’s hand groping his package caused me panic attacks. Picturing him dancing shirtless against another shirtless man caused me panic attacks. Every time these scenarios and many others entered my brain, my heart rate would increase drastically, I would start to sweat, and I would get light-headed.

All this added up to me being petrified and frustrated. When I asked CK what clothes I should pack to bring to his apartment for the weekend, and I didn’t get any cooperation or help. It all became overwhelming. To begin with, this wasn’t something I was looking forward to, and his lack of cooperation made me lose my sh*t. “Okay Babe. I’ll talk to you in the morning. Have fun tonight!” I said on the verge of tears as I hung up the phone on him.

I think that was the wake-up call CK needed. I don’t think he fully understood how much anxiety this all created for me. I voiced my frustrations for weeks leading up to Pride Weekend. I told him I was going out of my comfort zone, but I was willing to do it as long as I got some hand-holding. I needed help to get over this. It was just another fun weekend for him, but it was a big deal to me.

After a few minutes, he called me back. We discussed things a little more rationally, and CK’s tone changed. He finally realized I was struggling and tossed out the life-preserver. Now that I knew I had him in my corner, I was a little more relaxed, however, I still wasn’t completely comfortable. It was going to be a long, stressful and exhausting weekend both physically and emotionally. I bit down then and there, and braced for impact as I packed my bag and walked out the door.