All weekend long, Clark Kent and his mother were packing up his apartment. He still needed to live there for about two more weeks, but they put a big dent in what needed to be packed up. I was thrilled. While there was no doubt I would help him move, no one enjoys moving. No one enjoys packing and unpacking. I’d done it enough times myself. 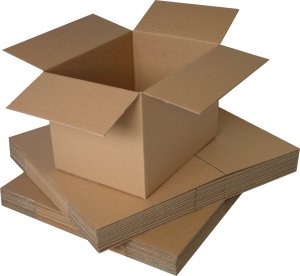 I did try to do my part. Before I left on Sunday night, I offered to grab some boxes from work and deliver them to his apartment so his mother could continue packing while he was at work. His place was right by my gym, and I planned to take my lunch break at the gym. I grabbed as many boxes as I could from the supply room and took them over to his place.

I’d gotten his mother’s cell phone number the night before. I texted her to let her know I was on my way. She responded with many thanks.

When I arrived, she answered the door and gave me a big hug. She was very grateful and detailed for me all the progress she’d made. She was at a bit of an impasse because CK would have to make some decisions before she could pack any more.

I needed to be on my way, so I said a final goodbye to her since this was the last I’d be seeing of her on this trip. She was headed to the airport the following morning. She gave me another big hug and said, “Thank you.” I promised to keep CK in line and urge him to call home more often. She commented that he’d be in good hands with me. I was flattered and touched.

All day long, CK and I had been texting each other. We’d seen each other only a few short hours earlier, but it wasn’t enough. I missed him, and he missed me. On top of that, we hadn’t slept together since Friday night. It was shocking how quickly we’d grown so fondly attached. I was really gaga for this guy. Things were going great! 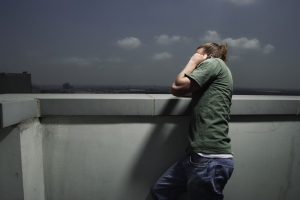 That night, I went home alone. I watched TV and wanted to call CK, but I didn’t want to interrupt his last night with his mother. I stalked him on FourSquare a bit until I learned they went to Dos Caminos for a late-night dinner.

Finally, very late that night, he called me. He’d gone up to the roof to smoke and call me. He told me he missed me and couldn’t wait for us to be together again the following night.

He detailed to me how much his mother liked me and told me how happy he was about the whole thing. I was really head over heels for this guy. Never had I felt so loved by another man. I could tell this guy was genuine. He really made me feel like a prince.

He also detailed for me how tired of his mother he was. They had spent a lot of tense time together. He was ready for a break. It’s understandable how they’d butt heads over a lot of things. I told him to stop being so mean to his mother. I pointed out to him it was Mother’s Day and she traveled all the way up north to help him. He realized what she was doing for him, and he truly appreciated it, however, her leaving would mean me arriving. We made plans for the following night and said goodnight.