Things were going well for PR and I. He was turning out to be a great guy.

He’d been out with my friends and fit in. We’d had fun in the bedroom, and living room for that matter. I still had yet to meet any of his friends, but so far I was liking where things were going.

One evening after work, we made plans to finally go see The Woman in Black in the city. We both shared an interest in horror/scary movies, so I agreed. It sounded like a nice date too. I was sure it would involve some intimate hand holding in the theater and a nice night on the town for us.

I stayed at work killing time by writing a few blog posts until the time came to go to the movies. We agreed to meet in midtown by the PATH station and walk to the theater together. I didn’t hear from him for quite some time. It was getting very close to showtime, and I was getting annoyed. Why wasn’t he answering me? We were going to miss the movie.

Finally, I got a call from him. I met him on the street after learning he’d already started walking towards the theater. When I met him, I informed him we missed the movie. We needed to go to a different theater or find somewhere to grab a bite before the next showtime. He was very apologetic, but I was okay with everything. I didn’t have a schedule for the evening. I was just happy to be spending it with him.

We altered our plans and started walking to the theater on 42nd street. This would work out well because we could just hop on the bus at Port Authority to head back to Hoboken after the movie.

PR tried to pay for my ticket, which I thought was very sweet of him, especially since he was just working part-time until he found a full-time position. I thanked him for offering as I put my own credit card into the ticket vending machine to buy my own ticket. He tried to fight me, but it was no use.

We grabbed a big bag of popcorn and sodas and found our seats. I enjoyed holding his hand or rubbing his arm while we watched the movie. He was an affectionate guy like me. I liked that we were a match in that department. I was falling for him pretty fast, and we were spending a lot of time together over a short period of time.

The movie was decent. I don’t know that I would have picked it, but I was entertained and was happy to be out with PR.

We decided to grab dinner back in Hoboken. PR had only lived there a short period of time. He was anxious to get a lay of the land, so I suggested a few places we could hit up along the way. We settled on It’s Greek to Me and rode the bus through the Lincoln Tunnel. We hopped off the bus at our stop and went into a convenient store to grab a bottle of wine to take to the restaurant. 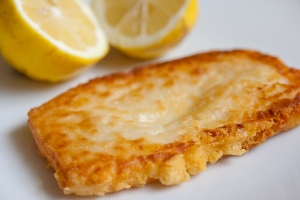 We sat at a table and decided on our meals. I insisted he try my favorite appetizer there, saganaki cheese. It was perfect with the wine we bought. I was really enjoying a casual night with him. The conversation was so relaxed and easy. We’d already gotten well past the awkward date stage. I was happy to just sit there with him at times, not even talking.

After we split the bill, we made our way home. We chatted more while we walked, and when we got to the intersection between our apartments, he was ready to say goodbye. I questioned him, and asked, “Aren’t you going to spend the night?” He replied immediately, “Do you want me to?” To which I confirmed and pulled him towards my apartment immediately. He asked if my roommates were home, but I told him that wouldn’t matter. They were cool and had people over all the time. He had no worries.

He’d forgotten to call his sisters to wish them a happy birthday, so he made a few phone calls to them while I answered a few emails and checked up on the blog. We relaxed on the couch for a little bit before making moves to the bedroom to go to bed. We watched Archer and Chelsea Lately in bed together, and laughed at all the same parts. It was nice to just sit and watch TV with a man.

When a commercial break came, I asked him what his “roommate” thought about him not being home all the time lately. “I told him I’m sleeping in a cute guy’s California King bed,” he quipped. I laughed and joked with him: “Is that all I am to you — A comfy bed?” He laughed and kissed me to show the contrary. Shortly thereafter, we dozed off and went to bed.

When my alarm went off in the morning to get ready for work, I looked back to the bed and smiled. I was happy to be waking up next to him. Of course I hopped back into bed and started to get a little frisky, but that wouldn’t make me late for work. I planned ahead and set the alarm a few minutes early.