Sunday morning I was awoken as Smiles got up to use the restroom. I’d spent the entire weekend with him so far, so I certainly woke up on the right side of the bed. 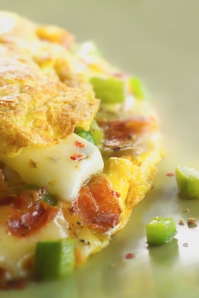 He volunteered to make us coffee and breakfast. Smiles has never been much of a cook, so I was enjoying sitting back and watching him do it. It’s not that he can’t cook. It’s simply that he doesn’t do it very often. I came in the kitchen to kiss on the back of his neck and wrapped my long arms all the way around his body holding him tight. There’s something about hugging someone in that way that really warms me at the core.

I borrowed his computer and checked my emails/Facebook while he finished making me an amazing omelet. He brought it to me with coffee made just the way I like it. I’m sure my pleasure was written across my face as I thanked him. This was another great morning waking up with Smiles.

When he finished making his breakfast, he came into the living room and joined me. I told him how impressed I was with his omelet. It really was great — Better than I make myself. 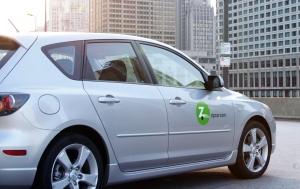 When we finished eating, he told me his plan for the day to move all the boxes out of his apartment into storage. He’d finally moved everything into one storage center, and he was finally able to box everything up in his apartment he no longer needed on a daily basis. Now he just needed to transport them over to his storage unit. I volunteered to help, so he gave me a t-shirt, and we were on our way.

He reserved a Zipcar to do the job, so I gave him a ride to the garage to pick it up. I sat on the motorcycle outside the garage waiting for him to pass by and honk to follow him back to his apartment. A long time passed, but I just assumed it was taking a while to get his car. Little did I know, he was already on his way back to his apartment. He called me asking where I was, and I couldn’t figure out how he managed to pass me by without noticing I was still there or me seeing him drive by.

I stepped on it and sped back to his apartment. We packed the car to the gills and took a lot of things over to the storage center. In the meantime, Smiles was experiencing the onset of one of his chronic migraines. I felt so bad for him, but there was nothing I could do for him. We returned the Zipcar back to the garage and walked back to his apartment trying to find as much shade as possible on such a gorgeous November Sunday. 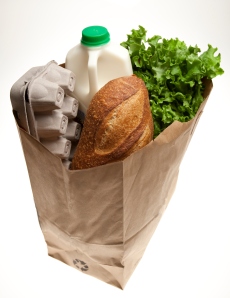 I put him to bed and went on my way about the rest of my day. I went back through the Holland Tunnel to may apartment. I had the better portion of the day ahead of me, so I decided to be productive while doing something relaxing. I finished all my grocery shopping for the week and began to cook food for dinner and lunch through the coming week.

Later that evening, he went out to grab dinner. On his walk home, he called just to chat. I expressed my concern for him and his headache, and he told me it was feeling slightly better slowly but surely. He told me he slept most of the day to try to relieve the pain, but there were still some lasting visual effects. He also told me he called to see how the rest of my day was. It was a sweet gesture considering I left him only a few hours earlier. The gesture proved to me he cared about me enough to call with no purpose.

Looking back over the weekend, I began to think about how much our relationship grew. It was a pretty special weekend overall. We spent about 45 hours straight together, and he was still not sick of me — So much so that he called. I would never say it out loud to him, but I started to wonder if I had managed to land a boyfriend along the way there somewhere…