You Were on Oprah!?

Sometimes someone comes into your life and just simply blows you away. You have no idea where they came from, and you have no idea why they are talking to you. They are simply amazing, and you feel you don’t deserve a minute of their time.

On a random Monday night, while watching Labyrinth with my roommate, I was poking around on Grindr. I came across a good looking torso so I messaged him my standard message, “Hey stud.” I don’t know why, but that line always seems to work. I think men can’t resist being called stud. I know I would be highly flattered if someone said it to me.

We began chatting. He was a really nice guy and quite a gentleman. I learned he lived not far from me in Jersey City. We started flirting a bit and swapped a few picrtures. I told him why I was on Grindr: I am looking to meet guys and see where things go. I told him about my sordid dating life, and what I was really looking for in a man. He told me I seemed like a really great guy and asked why I was still single. I told him I was hunting for my unicorn, a monogamous man who acted like a man and was willing to give me as much as I was willing to give him. I then turned the question on him. He said, “I never said I was single.”

This is the part of the conversation when my heart sinks. Every time someone says something like this to me, a little piece inside of me dies. There have to be guys out there who are happy with their relationships and aren’t involved in extra-curricular activities outside their relationship. I asked him to elaborate. (I apologize if this gets vague, but I am doing so to protect this man’s identity… He is somewhat of a public figure as you will come to learn) He explained his partner is a performer who continued to work beyond the typical age of retirement in his field. Because of this, his partner has to take a lot of medication, and he thinks it has severely effected his libido. As a result, after seven years together, they haven’t had sex in a year and a half. On top of that, he travels the world for months at a time (he was gone for 5 months when we started chatting). My heart went out to him on this one. That is a long time. But, I still don’t see that as an excuse to sneak around and find sex outside the relationship.

Every time he asked for sex, his partner was always too tired or not feeling well. A year and a half of that is unacceptable. They needed to talk about it with each other, even if it was something his partner wasn’t interested talking about. He rationalized being on Grindr by saying he needed to feel sexy, so why couldn’t he flirt a bit. We had a very adult conversation about the whole situation. I told him he needed to force his partner to address their problems. Relationships are about two peoples’ happiness. If he wasn’t getting everything he needed in the relationship, he needed to speak up more forcefully. Basically, I talked him out of doing anything he would regret down the road. I never want to be something someone regrets. No one wants that negative energy associated with himself.

He replied, “Okay. Sorry for the pictures! Just friends!” I needed friends just as much, if not more than I need a lover. I was excited by the prospect because this man seemed to lead an exciting life. He was an amazing man who had a weak moment. I told him not to worry about the pictures and made sure to reiterate I thought he was a very sexy man. He loved his partner, and it was apparent. From then on, we had a friendly conversation to get to know each other. I could tell we both have very curious minds. I wanted to hear all about him and his life’s adventures.

In high school, he moved to another country for some time and was a cowboy. After that he went to college in the states. Following, he made an extended trip to a remote part of India and fell in love with the culture. When he came back to the states, he came upon a windfall amassing him a very large sum of money. Instead of squandering it, he put it to good use and started a charitable organization.

The man is basically Indiana Jones. I almost didn’t believe his story, but then discovered someone made a movie about his life. But the coup de gras was when I found out he was on Oprah. Not that she is the end all and be all, but she added legitimacy to his story no one else could equal. I was honored a man of this caliber was interested in being my friend. 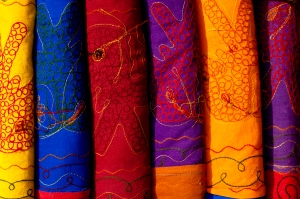 We talked about the celebrities he’s worked with and the good he’s done in the world. In the back of my mind, all I could think about was the medium in which I met this amazing man. To anyone who says Grindr is simply a hookup, I feel you are sorely mistaken. Grindr is what you make it. It is simply the medium for communication. You choose the messages you send.

After I finished watching the movie, I called him on the phone to chat more. I was purely fascinated. Before hanging up, I made plans with him to grab a drink the following night. He agreed to come to Hoboken, as he had to travel to Edgewater to meet a friend. We would find a nice quiet bar to grab a glass of wine and chat. I was elated. The following night, I texted him to confirm our plans, but those plans would have to change…

This entry was posted on September 21, 2011, 10:00 AM and is filed under Gay Dating. You can follow any responses to this entry through RSS 2.0. You can leave a response, or trackback from your own site.