Since before I went away to OCMD, I was chatting with a guy on Grindr. I picked him up in my Grindr deck of cards when I was traveling home to my parents’ before heading to Maryland. He too was in PA, but home was NYC. 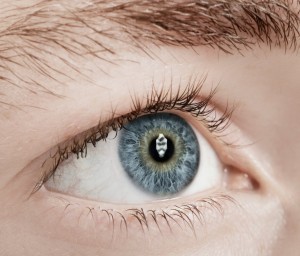 I struck up a conversation with him after noticing his picture and his gorgeous eyes and lips. He is a very pretty man with great features, but also had a slight thug look about him. I found it very intriguing.

After chatting, I came to realize he was a really nice guy. Quite the sweetheart. My heart really went out to him because the purpose of his visit home was the funeral of his uncle. I’d like to think I have a really big heart, and when someone is going through something like that, I want to do anything I can to console them. He appreciated my sentiments, and we continued to chat. I tried my best to cheer him up and distract him from what he was going through.

We seemed to have a fair amount in common, but I wasn’t thrilled with the fact that he was so young and still in college. He had been interning over the summer at a hedge fund, so he was looking towards the future, but I worried the age gap may get in the way. However, that didn’t stop me from continuing our conversations.

Days passed and the chatter continued. We talked many times about meeting up when we were both back in the city. The only problem was, he took a few more weeks to make his way back. He had the summer off, so he spent more time at home. Then, when his aunt was heading back to Philly, he drove her. His character was really showing here. He was a really good guy deep down who cared about other people. I find this incredibly sexy! I wanted him to come back to NY so we could go out, but I strongly admired his reason for not being back. He stayed a little while longer to help his aunt get back to her daily life before finally coming back to NYC.

Finally, we found a day we could meet. I suggested he meet me in midtown for lunch since he had an open schedule. I wanted to save my evenings for the working men since it was harder to schedule them in. Yes, I realize how messed up that statement sounds – scheduling men in. Anyway, I told him to meet me at the Soup Man at 1:00. Only problem – my job is very unpredictable. Sure enough, at 12:50, someone came by my desk for a “quick” meeting and needed me to do something for them. I apologized to him for running late, but didn’t feel the need to cancel yet.

I arrived only fifteen minutes late. We shook hands, and I nearly melted from his smile. Meeting him, I realized he was basically a kid, and this would never work, but something about his smile made me weak in the knees. Those eyes were just so enticing.

We ordered our lunch and ate it outside in the small seating area they provide. We talked about my vacation, his time at home, college, internships, etc. It was a nice conversation, but I felt like I just took one of my interns out for lunch. I knew there was no relationship potential there. When we nearly finished, he took a phone call from someone while I just sat there. I understand if it’s an important call, but it didn’t appear to be. I wouldn’t have taken the call with someone sitting there. 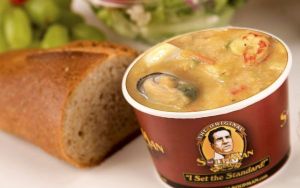 After I cleared our trays, I pointed in the direction of my office and asked which way he was headed. I agreed to walk him as far as my office. When we got to the curb across the street from my office, I gave him a hug goodbye and told him we’d be in touch. He eagerly suggested we meet up again soon, and I told him to text me so we could figure it out. I knew he wouldn’t text, so it was a sure way to end it without awkwardness.

Just as soon as I was adding new potential men to the roster, I was knocking them off the other end. Maybe I would need to find a new strategy, but only time will tell…

This entry was posted on September 15, 2011, 9:48 AM and is filed under Gay Dating. You can follow any responses to this entry through RSS 2.0. You can leave a response, or trackback from your own site.