I am very fortunate to have amazing friends that come with amazing perks. It just so happens one of my friends’ parents own a house on a lake with a boat. In the summer, if I’m not worshiping the sun on the beach, you can find me relaxing and fooling around on the lake. Either way, I gotta work on my tan! 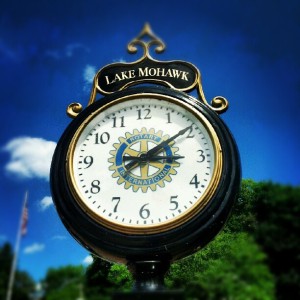 Saturday evening, CK and I were invited to D and K’s backyard for a barbecue. While there, we were also invited to join a small group on K’s boat. I’d been going out there for years with her. I was the Gilligan to her Skipper, however, I’d like to think I was a little more helpful. I’d actually become quite versed in some of the crucial acts of boating through my trips out to the Lake with K. She even joined me when I bought a Groupon to learn to sail. For her birthday, I bought her a life vest I happen to see on sale in a store I was in.

As this wasn’t the first time I’d been on the boat, it wasn’t the first time I brought a man with me. In the previous summer, I was very excited to integrate N in my friend circle. While I don’t regret this at all, looking back at the pictures leave a bitter taste in my mouth. CK and I were still going strong, and I knew these memories would erase the old. When I thought about the good times on the boat with my man, it would be with my Superman.

The downside of the lake is that we have to get up very early to go. It’s about an hour drive away, and the later we wait, the worse the traffic gets. CK and I had our fun before bed, and when the alarm went off in the morning, although groggy, we were on point. It took us a little time to get out of bed, but once we did, we were making moves. We fooled around and got frisky, taking our fun from the bed to the shower, all the while staying on schedule. I even had time to make us CK’s favorite breakfast burritos and iced coffee in a mason jar.

It turns out, we were ahead of the game. Let the record show, and I would like to repeat: We were not only on time, we were early — A feat worthy of praise. When I called K, she was just waking up. She told me she’d swing by in fifteen minutes to get us. In the meantime, she called all the other girls who were coming with us. They were taking much longer to get their act in gear. K picked us up and drove up to my sister’s apartment, where she and two other girls were preparing.

Apparently, they were having a rough morning after a long night out. I was really relishing my reasonable exit with CK. We waited so long, I finished my burrito. When I opened the car door, tragedy occurred. The mason jar containing the iced coffee for CK and I shattered on the sidewalk. My mind immediately shot back to CK’s comments in my kitchen: “Why are you putting it in a mason jar?” I turned to him immediately and said, “I should have listened to you! DAMMIT!”

After waiting for over 45 minutes, my sister emerged. Alone. We waited all the time to learn the girls were sick and not joining us. Regardless, we were on our way. The four of us made our way out to the lake for a day of fun.

We all hopped on the boat and got it ready to shove off. We lounged… We tubed… We swam… We had a blast. I was really enjoying my day with my man in one of my favorite places. I couldn’t take my eyes off him all day. His package looked amazing in his trunks, and I let him know it. When no one was looking, I would give it a gentle squeeze. I couldn’t wait to get him home and ravage him! K was driving the boat while CK and I rode the tube together, swerving and “cracking the whip” at every opportunity.

When we finally fell off the tube, she circled around to pick us up. She asked if we could drop anchor and relax for a bit, but told us she’d tow us to the end of the lake where we can drop anchor. While being tugged along, CK and I were horsing around. I began to slip, somewhat by accident, and somewhat on purpose. As I slipped, I grabbed onto his trunks. I knew exactly what I was doing. This wasn’t a survival action — This was a horny action. As I gripped his shorts, they seemed more attached to me than him. His bare bottom was exposed to the sunlight. It was all I could do to stop myself from pulling myself back up so I could give it a gentle bite. It looked purely spectacular in the sunlight. He wasn’t too thrilled I was doing this to him, but I was in heaven.

Many times on the lake K mentioned a restaurant on the way home that has a very cheap lobster meal, but we never had the time. At the sound of this CK made sure we had the time to stop. The meal was delicious and we had fun.

For the rest of the ride home, I laid in CK’s arms in the back of the car. I was always happiest cuddling in his arms. We made one pit stop on the way so I could buy us all Sonic ice cream since I was craving a sweet.

That wasn’t the only sweet I was craving. I was struggling to keep my hands off my sweet all day long. K dropped us off at my apartment, and I was finally able to exercise my hormones and my libido. We had a long exhausting day at the lake, so we didn’t have the most energy, however, we weren’t going to let that stop us from an evening romp in the sack…