Two years ago, I started this blog. I began writing because I felt alone. I knew there had to be other gay men out there who were looking for the same thing I was, and I wanted a way to connect with them.

At the time, I just ended my first gay relationship, and I found myself in very unchartered waters. I was already out to close friends, but not publicly. Because I had so few gay friends and a strong aversion to gay bars, I had to find a mate digitally. I began serial dating, at one point going on four dates in four days — And thus, One Gay At A Time was born.

Since the beginning, I have gone on MANY dates and put myself in many situations well outside my comfort zone. I have not only grown more comfortable in my own skin, but I’ve also grown up as a gay man. I got all the hookups out of my system and began searching for a meaningful, long-term relationship.

This blog began as an open forum diary of the daily occurrences I encountered navigating the gay world. I told my side of the story honestly in hopes that others out there would be able to relate, comment and most importantly, realize they are not alone. 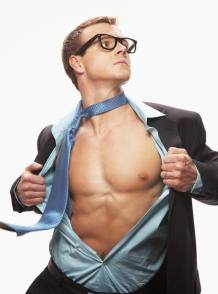 The time has come for the next chapter of my life and for this blog. For quite some time I’ve been blogging about CK (aka Clark Kent or Superman). You’ve gotten to know him through my eyes in the early stages of our relationship. It’s been some time since I’ve blogged, and I apologize for leaving you, my readers in the lurch. I do not mean to abandon the small community I’ve worked so hard to foster, but I’ve been struggling with the next chapter of the blog.

When I first told CK about the blog, he was very open to and even grew excited about the idea of my writing our relationship. Over time, as you could probably understand, his excitement waned, and we began to argue about the content of the blog.

I had to make a choice between the blog and my man. It’s quite obvious which I chose. As a result, I will no longer be blogging about the specifics of my relationship with CK. However, in lieu of continuing to finish our story in a daily dairy format, let me catch you up on what has happened since July. Here are some of the highlights…

In July, CK joined my family for our annual beach vacation. While I went for the entire week, he only joined us for a few days. It was the first time we’d spent an extended period of time apart, and with my trust/cheating baggage, it was a true test of my sanity. I was thrilled and relieved when he finally arrived. It was also nice that he would finally get to spend some real-time getting to know my parents.

In early August, I traveled to Miami, CK’s birthplace to surprise his family with a visit to celebrate the birthdays of his two beautiful nephews (turning 1 and 2 only a week apart). I felt incredibly special taking this trip with CK. I was meeting his ENTIRE extended family. Before this point, I’d only met his mother. I was welcomed into the family with open arms and came to grow strong bonds with them over just a handful of days. This was unchartered territory for both of us, as I’d never been brought home to meet the family by anyone other than my high school girlfriend, and he’d never brought a man home to meet everyone before. It could not have worked out better! 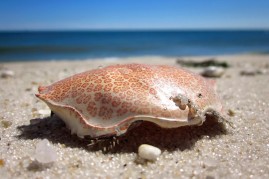 Around Labor Day, CK and I went on week-long vacation to the Hamptons with 15 of my friends and family. While there, our relationship grew very strained. I felt he was trying too hard to impress my friends. I wanted him to be himself so all of them would come to love the man I knew, not the man I felt he was trying to be for them. By the end of the week, I reached my breaking point. I was so stressed out from organizing the vacation and ensuring everyone was happy that I made myself miserable, and I took it out on the person closest to me. In the penultimate moment of the trip, one night we not only exchanged words but also fists and shoves, as my closest friends and sister witnessed the lowest moment of our relationship.

It took a lot of time for CK and I to figure things out. This wasn’t the first time our relationship reached physicality, but I hoped it was the last. It also took a long time for things to return to normal between CK, me and my circle of friends. My sister wasn’t speaking to me for over a month and my friends had semi-ostracized me from typical gatherings. I burned a lot of bridges on that trip, and I am still working to rebuild them today. You can expect to read about my experiences and feelings dealing with issues such as physical violence in a relationship as one of the topics I will cover in coming posts.

In September, CK and I found an apartment in Hoboken to call our own. We moved in together in the midst of Hurricane Sandy’s wake on November 2. Although the experience of moving immediately following a hurricane is incredibly overwhelming, we are both stronger as a result of the experience. In my experience, moving in with a lover is unlike sharing a space with any other. You’ll certainly be reading about my experiences and the things I’ve learned from this experience as well.

After Sandy exhausted my last modicum of energy, I decided I was too tired to shave my upper lip. CK and I both decided to raise awareness and funds to fight prostate cancer by growing mustaches for Movember. I proudly raised over $500 for charity as a result of my stache, and I was thrilled when we both shaved them off — We both looked like pedophiles. 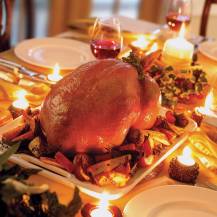 For the first time in my life, I had someone to take home to meet my family for Thanksgiving. Before venturing home, I sent my extended maternal family an email to get the awkwardness out of the way. You’ll be pleased to know my family welcomed him with open arms. I imagine coming out to extended family creates a lot of anxiety for man, as it did for me, so I hope sharing my experiences will encourage more to share the truth with the ones they love. 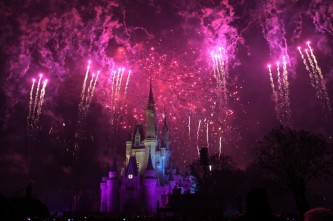 Although CK and I spent Christmas apart, after all the festivities with my family, I hopped on a flight down to Miami to spend the rest of the holiday season and New Years Eve with my man and his family. CK’s sister and brother-in-law planned a trip with their two boys to Disney World for two days. After a little persuading, I convinced CK we should join them. I preferred Disney to a raucous gay party any day, and it was truly magical to see Disney World through the eyes of a two-year-old.

In February, CK and I took a romantic trip to Mohonk Mountain House in New Paltz, NY. Although it seems we can’t go anywhere without having some kind of quarrel like an old married couple, the trip was amazing and couldn’t have come at a better time. We went ice skating, snow shoeing, swimming, hiking, and much more. It was a perfect escape for both of us to get out of the city and away from the bustle of it all after the holidays.

In between, there have been countless brunches, parties, trips, nights out, Broadway shows, fights… Oh yea, and plenty of sex — Can’t forget the sex! Overall, things have been going well for us. You have good days and bad days, but you have to realize the bad days are just there so you appreciate the good ones all the more. I am thrilled to announce, this past Saturday, CK and I celebrated our one-year anniversary at the restaurant we went to on our first date, Frankies Spuntino 570. Although we waited nearly an hour, the evening was perfect, and I look forward to many more years together.

Although I won’t be detailing the specifics of my relationship going forward, I hope to share with you what I have learned along the way. It’s not easy being in a relationship, but then again, the things that are worth it never really are.

To my most dedicated readers who haven’t let me lack of posting stop them from commenting words of support on my blog, thank you. You are what has motivated me to get back into this once again. I feel like many of you have integrated my writing into your daily routines, and I have left you with your morning coffee in hand and no reading material. You will not see the frequency of posts you may have grown accustomed in the past, but I still hope you find time in your lives for One Gay At A Time.

This entry was posted on April 16, 2013, 10:00 AM and is filed under Gay Dating. You can follow any responses to this entry through RSS 2.0. You can leave a response, or trackback from your own site.