Sunday night in LA, I took quite a blow to my heart. I tried to prepare myself for the inevitable goodbye, but I didn’t get to say goodbye. I’d driven all over LA trying to connect with The Navigator, but he wasn’t responding. 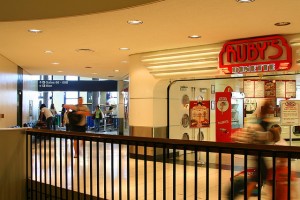 I faced facts and drove to the airport. I had no idea what else to do with my time, so I just drove to the car rental lot and returned my car. I figured I could at least use some time at the airport to blog a bit. I sat int he airport diner and ate my dinner alone.

My flight home was awful. First off, it was a redeye. I was set to land at 6:00am Monday morning. I had to go to work later that day so I tried my best to sleep on the plane. It was also awful because I was crammed in a widow seat towards the back of the plane. My airline status with United got me nowhere. I barely fit in my seat, and I wasn’t able to stretch out and walk around because the two men next to me were sleeping the entire flight.

I managed to sleep for two hours, but woke up after that. I had no feeling in my ring and pinky finger of my left had. Apparently I slept on it funny. When a fair amount of time passed, and I never regained feeling, I became worried. Maybe I had a blood clot or maybe I’d done some nerve damage. I tried to think about other things and distract myself, but I really started to get worried. I took out my laptop and did some more blogging, but even that was a challenge with two numb fingers. I was really starting to worry, but the feeling didn’t return the rest of the flight. (Four weeks and a doctor appointment later, and I finally regained feeling — I had a nerve impingement — Cubital Tunnel Syndrome). 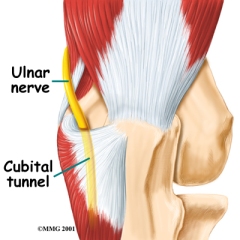 When he arrived, I realized he was a redhead. He also had a slight Hispanic accent. He was also quite a presence clocking in at 6’4″. He was not born in America, but had been here a majority of his life. He was decent on the eyes, but nothing you’d run to your friends about. When he arrived we went straight to my room. He slowly got undressed and comfortable until we were both laying on the bed, me in my boxer briefs and him in a jockstrap.

Warning: The following may be too graphic for some. I found the jockstrap very sexy. I’ve always been attracted to the athlete types and find locker rooms to be one of the sexiest places. They just turn me on. Always have.The jockstrap really gave him the leg up in my book. He was looking for a hot top, and I agreed to fill the position, literally. I broke out the condoms and lube, and we have a good time. Sometimes it was a little weird and awkward, but sex is never perfect! He really seemed to be enjoying himself. I did as well, but I could already tell this guy was going to linger. He was a gentle spirit. This would be no wham bam thank you man. I was going to have to sit through some pillow talk.

He started talking about his grandmother and how she is sick. He was flying home the following day to see her before she passed away. It wasn’t looking good. I started to feel bad for him, but then my emotions became distracted when he mentioned things like sleeping with her in her hospital bed. He looked like he was ready to cry, but all I could think about was this strange layout in a hospital room. I understood he was close to her, as she was responsible for raising him, but some of the things he was saying with his accent seemed very strange to me. There was obviously a cultural divide.

After we chatted some more, and he asked if he could use my shower. Now he was really pushing it! I obliged the request, but after that, he was gone.

He showered and toweled off. He began to get ready to go home. He talked about getting together again when he got back. He mentioned how heartless a lot of the other guys he’d hung out with were, and how sweet I was. He said how much he liked me. He wanted this to be an ongoing thing of friends with benefits. He told me his real name and that the name he gave me, Keith, was completely made up. Someone was a little paranoid. I felt like I found a stray puppy who wanted to follow me home. There would never be a next time, but I told him to hit me up when he got back from visiting his grandmother. After about three weeks, he did of course text, and I of course did not respond.

This entry was posted on April 11, 2012, 10:00 AM and is filed under Gay Dating. You can follow any responses to this entry through RSS 2.0. You can leave a response, or trackback from your own site.