A New Perspective — A World of Opportunity

Finally feeling empowered again, I called my friends who also had the day off. We decided upon sunbathing on the pier in Hoboken. Ten pounds lighter (from not being able to eat) and one hot new bathing suit later, I was feeling sexy again. All I needed was a sexy tan to boot. 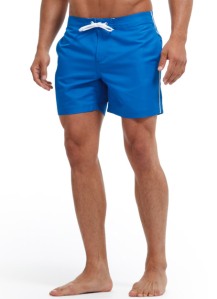 I arrived early, and as I lad my things out, I decided to write this entry while the emotion was still fresh. I sat down with my notepad facing west until I realized what I was missing. I had the cityscape 180 degrees away, and I wasn’t taking advantage. I turned around, literally changing my perspective, but in the process, I immediately changed my figurative perspective as well. This immense city lay before me in all its grandeur — the land of opportunity. The possibilities were endless.

I began to think, so many men and so little time. I’m 27. However, in gay years, I’m 1. This is my paradox. I’m ready to settle down to something concrete. Nearly 26 years of turmoil set the stage for all of this. I want a real relationship. I’m ready for love. True love. But like I just pointed out, I was still a gay baby. For me, I needed to be single. Not dating to find Mr. Right, but single. I needed to find my true gay self. Should Mr. Right come knocking, I wouldn’t be stupid and leave him standing on the porch or fight him off. But, I needed to stop trying to find him. It had to happen naturally. He would come to me when the time was right.

I spent the days leading up building a new roster. It’s amazing. All you have to do is open yourself up, and men will come flocking. I was back to using Grindr to find men, not just passing time. The floodgates were open. Men from everywhere were throwing themselves at me. It was utterly flattering and just the ego boost I needed to get back to my old self.

As I sat, I also debated what I would say to N. After talking to many of my friends, they couldn’t believe I didn’t want to go off on him. That would be the expected reaction. But, I was better than that. I already felt vindicated. I had hard proof my mistrust was justified. I not longer felt so manipulated. Even if he didn’t act on his desires, he was seeking out the company of other men. If it could have happened, I’m sure it would have. Consequently, I was so angry with myself for letting a man make me so upset. But that was over. He broke my heart, but I finally moved on.

So, I prepared the following monologue. I know it never goes as planned, but I wanted to prepare my thoughts at the least. I had a lot to say.

“I can’t do this anymore. I just can’t trust you anymore. The time you spend at the gym, especially after you told me what goes on there. The time you spend on Grindr ‘talking’ even in front of me. No one is ever on there just talking. Talking leads to things. How do you think we met? And after seeing you kiss that guy at the bar. And yes, I saw you kiss him. And even if you want to deny that, you were still exchanging numbers. All I could think about the rest of that night was how many other guys you were grinding on and kissing before I arrived at the bar. You’re not ready for a relationship, and I’m no one’s booty-call. I deserve so much more than that! Especially after how much of myself I’ve given to you. I hope we can still be friends, but I can’t continue down our current path.”

After talking with my friends on the pier, I planned what I would say when he denied everything. Not if, but when. I debated saying, “N. I have friends on Grindr.” But, my friends vetoed that. So my next suggestion was. “N. I know you haven’t been honest with me,” and leave it at that.

Now, I just had to wait to see him so I could have this conversation. However, I would not get the opportunity that night…

This entry was posted on August 1, 2011, 10:00 AM and is filed under Gay Dating. You can follow any responses to this entry through RSS 2.0. You can leave a response, or trackback from your own site.